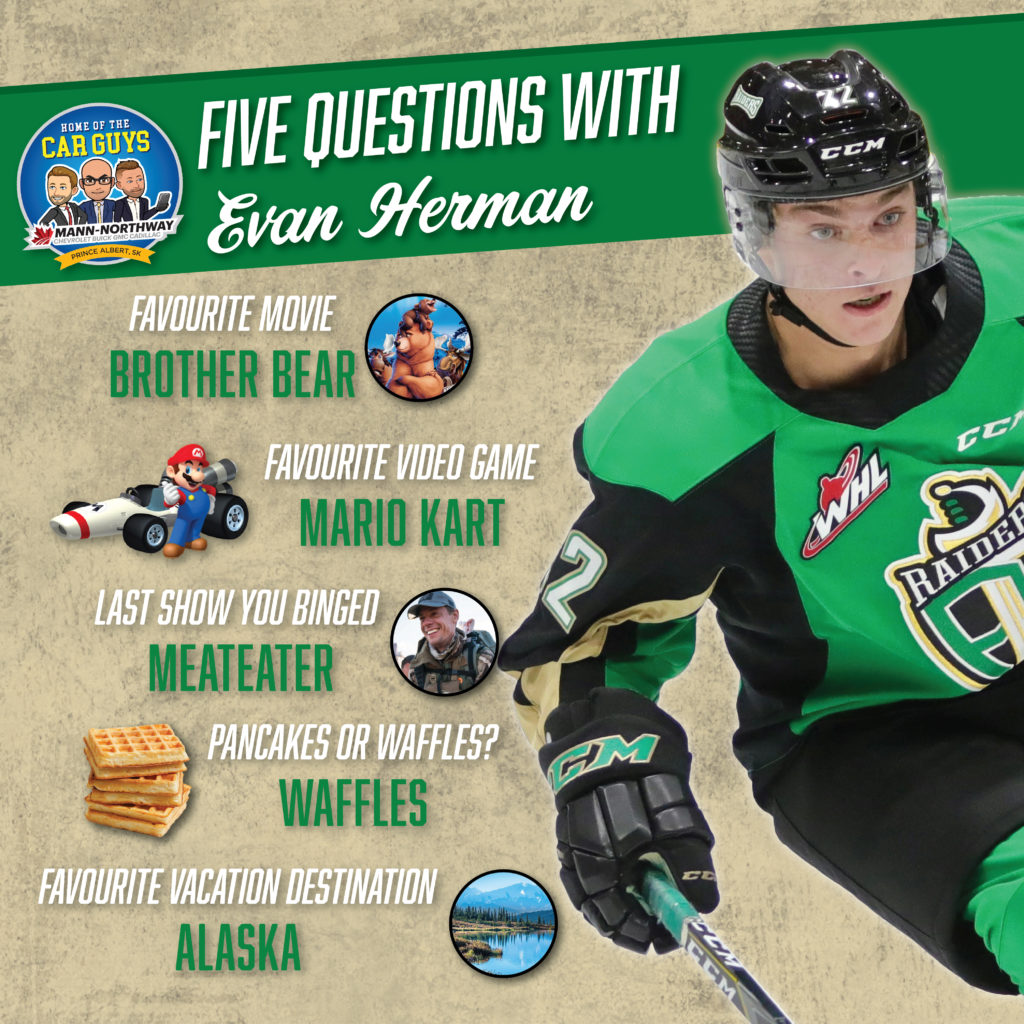 Earlier this offseason, we sent our players a questionnaire covering a wide variety of topics. This week features rookie forward Evan Herman, winner of the 2019-20 Best Conditioned Raider Award Presented By Investors Group.

Herman played in 59 games during his debut season in the WHL, scoring nine goals and adding 13 assists. A third-round pick of the Raiders in the 2017 WHL Bantam Draft, Herman signed with the club on February 26, 2019 and made his WHL debut on the following night against the Lethbridge Hurricanes.