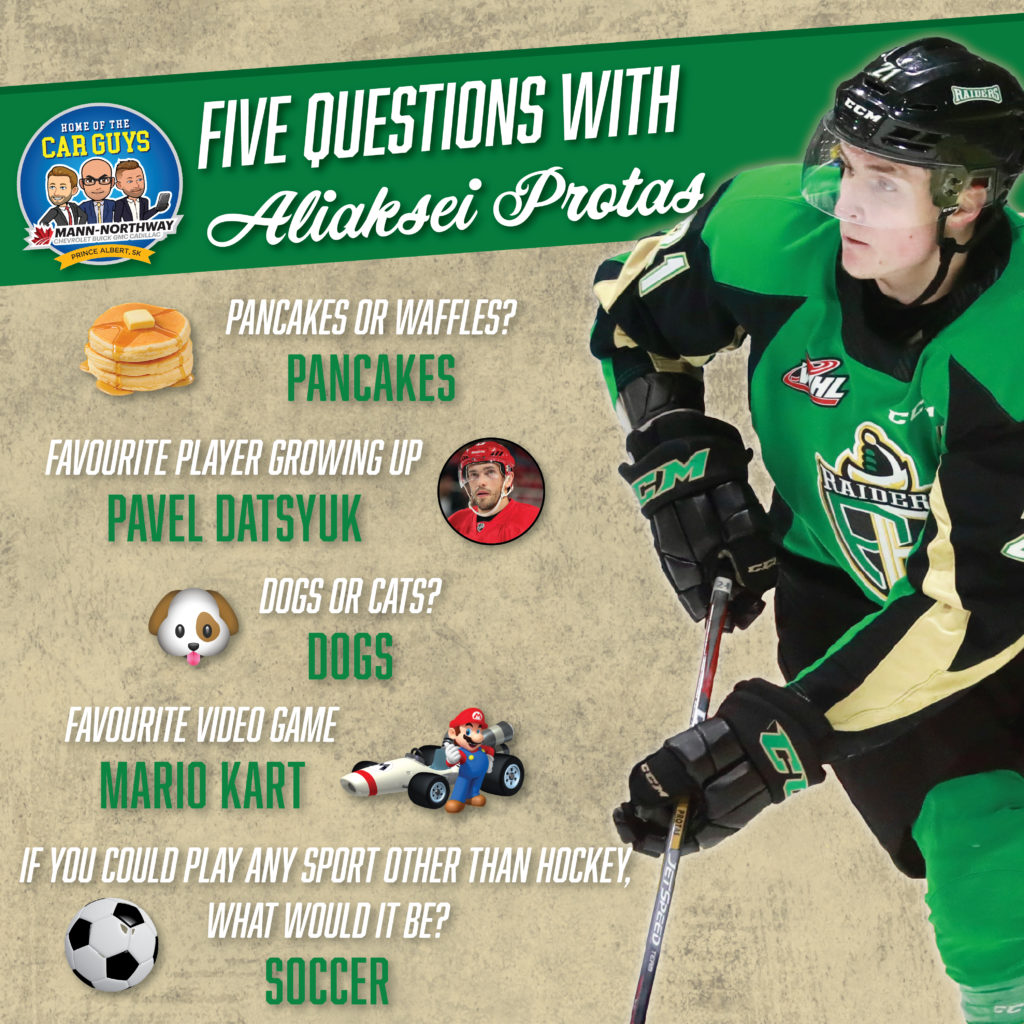 Earlier in the summer, we sent our players a questionnaire covering a wide variety of topics. Our first showcase belongs to Washington Captials prospect Aliaksei Protas.

Protas completed his second season in the WHL after being selected 26th overall in the 2018 CHL Import Draft. In his sophomore campaign, the “Viper of Vitebsk” led the Raiders in scoring with 31 goals and 49 assists in 58 games, doubling his point total from the previous season.