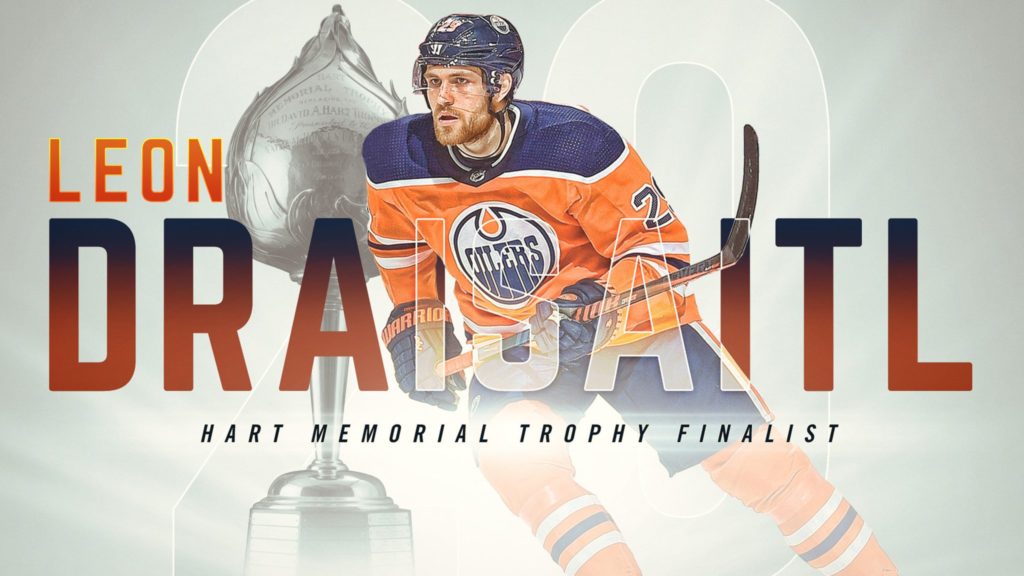 Edmonton Oilers alternate captain and Prince Albert Raiders alumni Leon Draisaitl has been voted as one of three finalists for the 2019-20 Hart Memorial Trophy, the NHL announced on Tuesday.

The Hart Memorial Trophy is awarded to the player judged to be the most valuable to his team. Colorado Avalanche forward Nathan MacKinnon and New York Rangers forward Artemi Panarin are the other finalists. Members of the Professional Hockey Writers Association submitted their ballots for the Hart Trophy following the regular season. and the top three vote-getters are announced as the finalists.

Draisaitl became the first German-born player to win the Art Ross Trophy by putting up 110 points (43 goals, 67 assists) in 71 games during the 2019-20 NHL season. He led the NHL in assists (67), power-play points (44), and multi-point performances (33). Draisaitl also tied for the league-lead in game-winning goals with 10.

If Draisaitl were to win the Hart Trophy, he would be the first German-born player and fourth Oiler to win the award, following Wayne Gretzky, Mark Messeir, and Connor McDavid.

The Cologne, Germany product is also up for the 2019-20 Ted Lindsay Award, which is presented annually to “the most outstanding player in the NHL” as voted by NHLPA members.

Draisaitl was drafted second overall in the 2012 CHL Import Draft by the Raiders. He suited up in 128 games over two seasons with the Raiders from 2012 to 2014, scoring 59 goals and 104 assists in that span. He was picked third overall by the Oilers in the 2014 NHL Draft.

The winner will be announced during the Conference Finals in the Stanley Cup Playoffs.