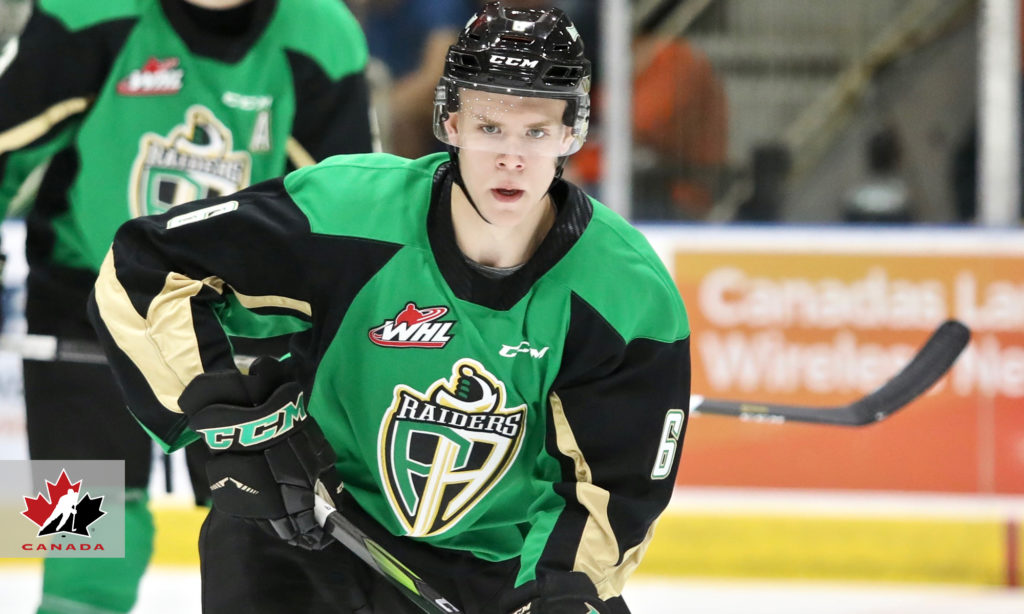 In total, five goaltenders, 10 defencemen, and 26 forwards will attend the virtual five-day camp, participating in a variety of sessions with a focus on player development through online education according to a press release from Hockey Canada.

Related Links
Hockey Canada Release Camp Roster
“We are excited to begin preparations for the 2021 IIHF World Junior Championship with this group of 41 players and our full staff at our online camp, as we believe we have a good mix of veteran leadership and young talent that are eager to represent Canada during the holiday season,” said Scott Salmond, Senior Vice-President of National Teams for Hockey Canada in the release.

Heading into the 2020 NHL Draft, Guhle ranked eighth among North American skaters by NHL Central Scouting in their final rankings released in April. He was the highest ranked WHL player on the list.

Internationally, the Sherwood Park, AB product suited up for Canada at the 2019 Hlinka Gretzky Cup held in the Czech Republic and Slovakia. Guhle had an assist in five games while serving as an alternate captain on the team. He also represented Canada at the 2018 World Under-17 Hockey Challenge, picking up three assists in six games as the captain of Canada Red.

The 2021 IIHF World Championship is set to take place in Edmonton and Red Deer this December.

Season tickets for the 50th Season of Raider Hockey are now on sale. The Early Bird Deadline has been extended to July 31, 2020. For more information, click here or contact the Raiders Office.

NEWS | The road to the #WorldJuniors (@HC_WJC) continues July 27-31 when 41 players meet online for the @SportChek summer development camp.