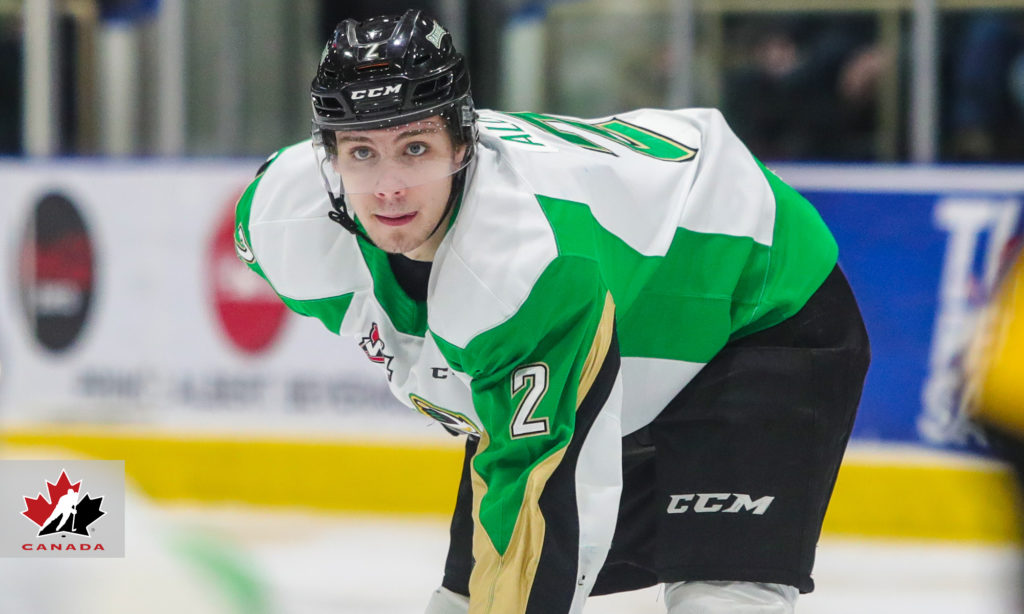 Due to the COVID-19 pandemic, the 2020 Hlinka Gretzky Cup was cancelled in April. The tournament was to be held in Edmonton and Red Deer, AB from August 3 to 8.

Allan was one of 46 players (six goaltenders, 14 defencemen, and 26 forwards) who were set to compete for a chance to represent Canada at the tournament.

“It’s important for Hockey Canada to recognize the work the players and coaching staff already put in to prepare for the summer and a chance to compete for gold on home ice,” said Scott Salmond, Senior Vice-President of National Teams for Hockey Canada in a release. “It was a difficult decision to cancel the tournament, as it provides the opportunity to showcase the top under-18 players in a best-on-best international showcase. We want to recognize the 46 players and three coaches for this tremendous accomplishment, and we look forward to watching all players to continue to develop as they look ahead to next season and a chance to compete at the IIHF U18 World Championship.”

Louis Robitaille (Gatineau) was to be the head coach, while Alan Letang (Owen Sound), and Dennis Williams (Everett) were to be assistants.

Allan, who hails from Davidson, SK, suited up in 58 games for the Raiders during his rookie season in the WHL. He scored twice and added six assists while posting a plus-16 rating. Allan was also a member of Canada Red at the 2019 World Under-17 Hockey Challenge this past November.

Season tickets for the 50th Season of Raider Hockey are now on sale. The Early Bird Deadline has been extended to July 31, 2020. For more information, click here or contact the Raiders Office.