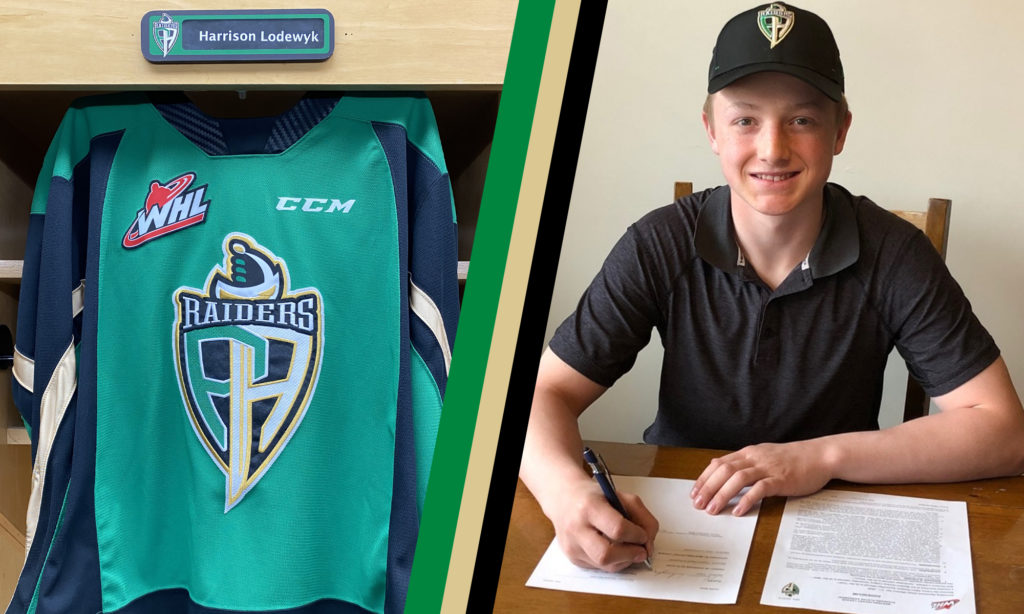 Lodewyk was selected in the second round of the 2020 WHL Bantam Draft. Hailing from Red Deer, AB, the 5’8m 159-lb forward scored 12 goals and added 21 assists in 31 games for his hometown Bantam AAA Rebels.

Thank you PA! It was one of the teams I hoped I’d be picked by. I can’t wait to meet the guys and coaches. I’ve watched the vids of the champ run. Excited to be a part of it soon!

“Harrison is one of the best skaters in the draft,” said Raiders Director of Player Personnel Curt Brownlee. “He plays the game at top speed. He’s an excellent 200-ft player that is responsible in the defensive zone. He’s a great team guy and he’s extremely excited to be a Raider.”

Lodewyk’s 33 points led the Rebels as the team finished the year with a 28-2-3 record in the AMBHL as South Champions. He was one of four players picked by the Raiders from Alberta during this year’s WHL Bantam Draft.

Season tickets for the 2020-21 year are now on sale. Click here for more information.