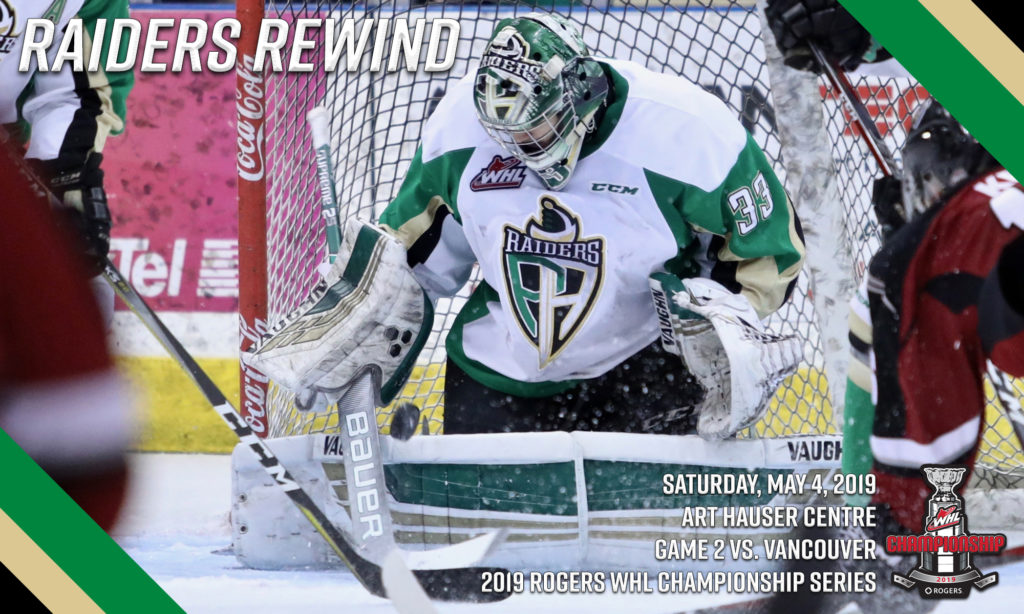 The Raiders fell 5-4 in Game 1 of the 2019 Rogers WHL Championship. After falling behind 2-0 in the first period on goals from Dylan Plouffe and Dawson Holt, Brett Leason cut the Giants’ lead in half with his sixth of the WHL Playoffs 3:20 into the middle frame.

About two minutes later, Jared Dmytriw restored Vancouver’s two-goal advantage. The Raiders responded quickly as Noah Gregor struck for the eighth time in the WHL Playoffs 6:17 into the second. With 3:15 to play in the second, Dante Hannoun tied the game at 3-3 with his 10th goal in the postseason.

When it looked like it was going to be a 3-3 tie in the second intermission, Yannik Valenti and Dawson Holt scored 14 seconds apart in the final 30 seconds of the second to make it a 5-3 game.

Jeremy Masella scored 2:50 into the third period to bring the Raiders back within one, but it was as close as they came as the Giants held on for the 5-4 victory.

Point Leaders (As of May 4)