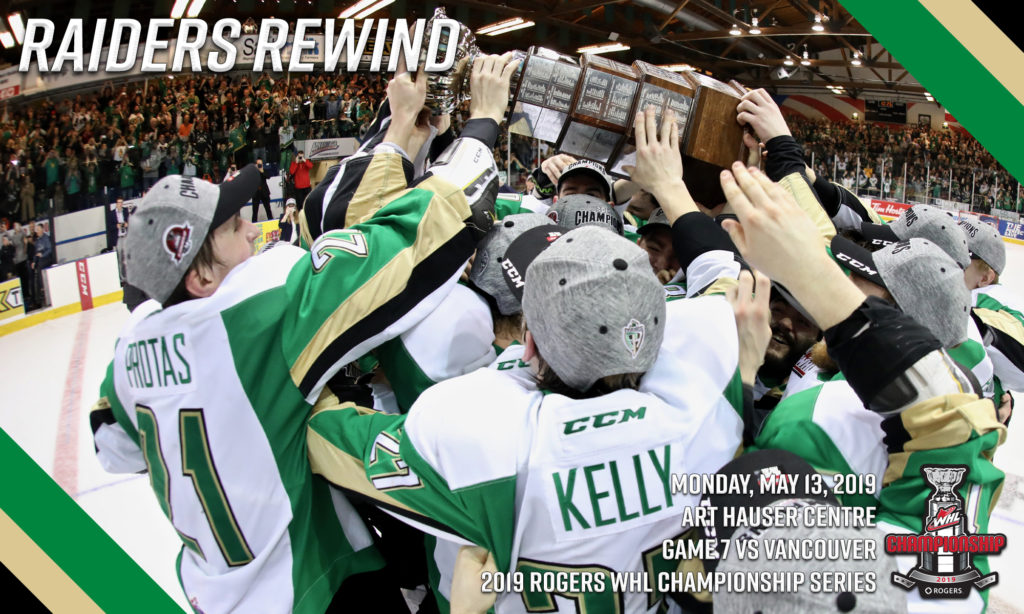 The Vancouver Giants forced a Game 7 in the 2019 Rogers WHL Championship Series with a 4-2 victory in Game 6 on Sunday, May 12.

It was the first Game 7 to decide the Ed Chynoweth Cup since the 2014 WHL Playoffs when the Edmonton Oil Kings knocked off the Portland Winterhawks at Veterans Memorial Coliseum.

To set up the deciding game, Parker Kelly got the scoring started just 53 seconds into Game 6 with his seventh of the WHL Playoffs. The Giants responded at the 6:58 mark when Davis Koch tallied his fourth of the postseason.

With 4:43 to go in the opening frame, Vancouver took the lead on Owen Hardy’s fifth goal of the playoffs. Late in the frame, Kelly scored his second of the period and eighth of the postseason to make it a 2-2 game after 20 minutes.

After a scoreless second period, Jared Dmytriw broke the deadlock at the 3:40 mark of the third with his ninth goal of the WHL Playoffs. Koch added an empty netter with 15 seconds left to seal the game for the Giants.

David Tendeck stopped 36 shots to pick up the win for the Giants. Ian Scott made 23 saves in the loss.