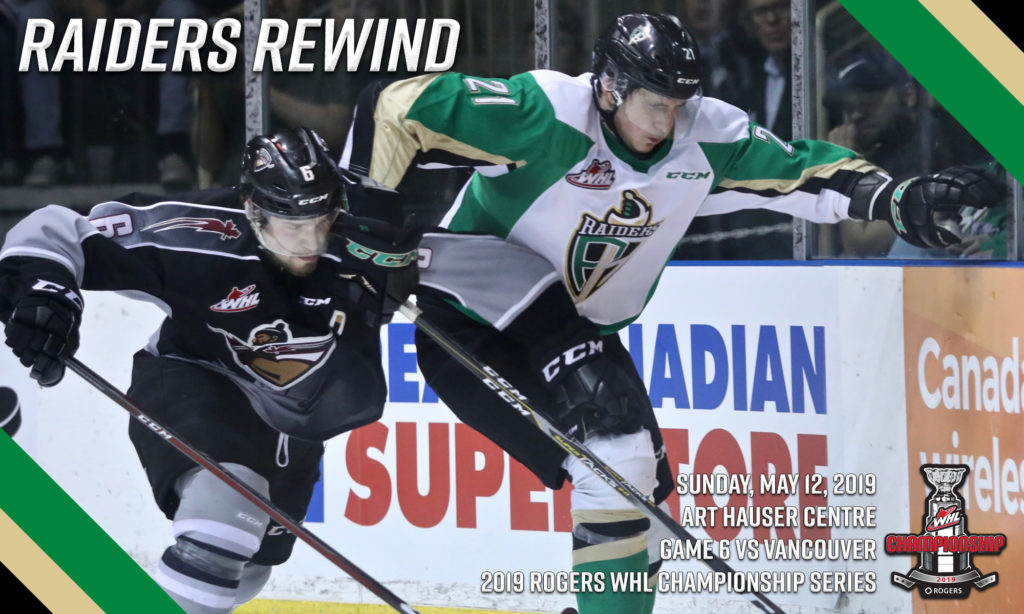 The 2019 Rogers WHL Championship Series returned to Prince Albert after the Raiders fell 4-3 in Game 5 at the Langley Events Centre.

While still a member of the Giants, Brayden Watts opened the scoring in Game 5 for the Giants 7:42 into the first period. About three minutes later, Aliaksei Protas levelled the score with his 12th of the WHL Playoffs.

The Raiders took the lead 2:45 into the second on Dante Hannoun’s 13th of the year. The Giants responded with goals from Bowen Byram, Davis Koch, and Dylan Plouffe to give them a 4-2 lead midway through the second. Noah Gregor got the Raiders back within one with 4:06 to play in the middle frame.

David Tendeck denied all 15 shots the Raiders fired his way in the third as they searched for the equalizer. The Giants goaltender finished with 37 saves to keep the Raiders’ championship celebration in ice.