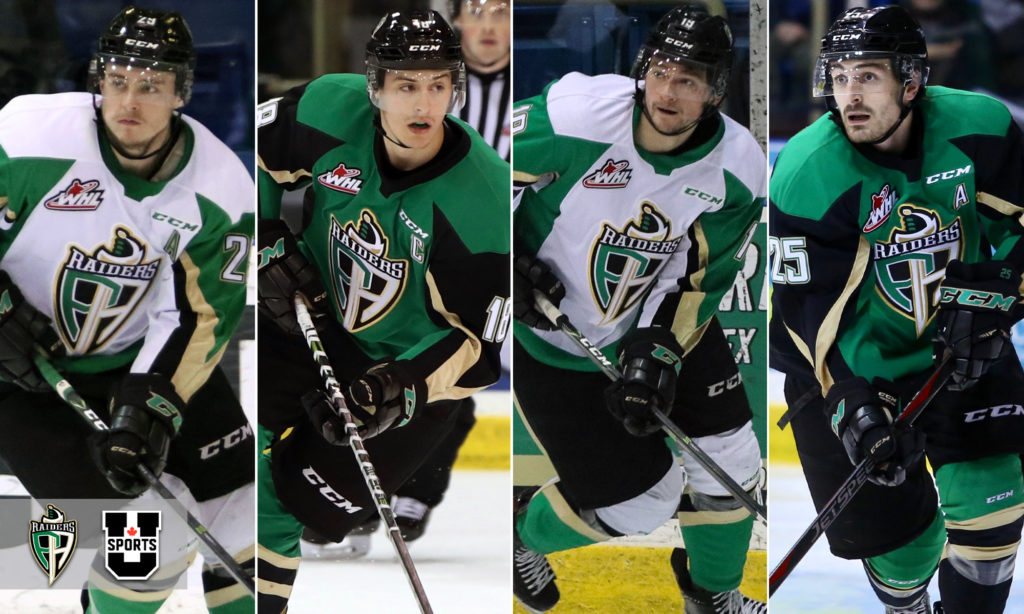 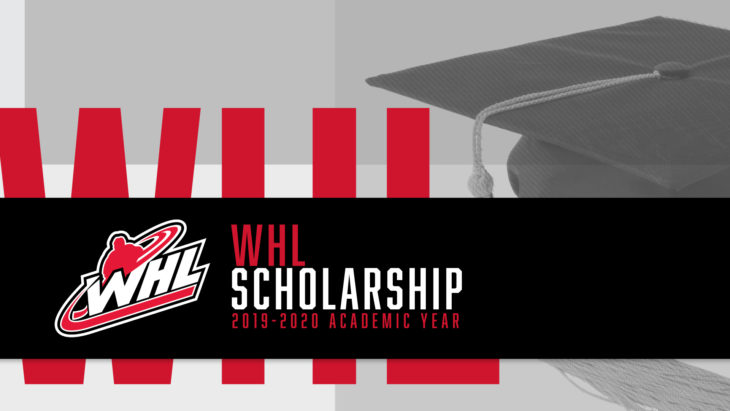 Of those 402 graduates, 32 were players that spent time with the Prince Albert Raiders with 29 were representing their academic institutions on the ice.

Seven players – Austin Glover (University of British Columbia); Logan McVeigh and Jordan Tkatch (University of Saskatchewan); Lochlan Morrison and Jordy Stallard (Acadia University); and Sean Montgomery and Kolten Olynek (University of Western Ontario) were to compete in the 2020 U SPORTS Cavendish Farms University Cup prior to its cancellation.

The 2019-20 season serves as the 26th year of the WHL Scholarship program. Established on a league-wide basis in 1993-94, over 6,400 WHL Scholarships have been accessed, representing an investment of over $28 million by WHL Clubs. This season, WHL Clubs will contribute in excess of $2.8 million to the 402 WHL graduates utilizing the WHL Scholarship.

“The WHL and our Clubs are very pleased to see another year in which we can award more than 400 WHL Scholarships to our graduate players, allowing them to pursue post-secondary education,” commented WHL Commissioner Ron Robison. “Each year, we see a remarkable number of graduates accessing their WHL Scholarships. This clearly demonstrates the commitment of WHL Club ownership to not only provide a world-class hockey experience, but also the most comprehensive scholarship available in North America today.”

Administered by the WHL Office, WHL Scholarships are solely funded by the WHL member Clubs. Every player who plays in the WHL is eligible to receive the WHL Scholarship. For every season a player plays in the WHL, they receive a guaranteed, full-year WHL Scholarship including tuition, textbooks and compulsory fees to a post-secondary institution of their choice. The WHL Scholarship is a fully-guaranteed academic scholarship with no requirement to play university hockey to qualify. The WHL graduate can apply the funding to any post-secondary or career-enhancing program of his choice, including trades schools or professional career training programs.

In addition to the WHL Scholarship players receive upon graduation from the WHL, all current WHL players are encouraged to enroll in post-secondary courses and these courses are also fully-funded by the WHL member Clubs. This season, over 196 current players are taking post-secondary courses while playing in the WHL. The financial assistance received for post-secondary studies while playing does not impact on the WHL Scholarship benefits a WHL player is entitled to upon graduating from the League. The WHL and Athabasca University have partnered to offer, through an online distance education platform, fully-accredited university courses to any WHL player interested in further pursuing post-secondary studies while playing in the WHL. This year, over 72 current WHL players have taken courses through Athabasca University.

The University of Regina enrolled the most Raiders alumni with three – Curtis Meger, Brennan Riddle, and Drew Warkentine.

Among the 2019-20 WHL Scholarship recipients, 153 WHL graduates are enrolled at universities in Eastern Canada, Canadian colleges, trades or technical institutions, or attending post-secondary in the United States.