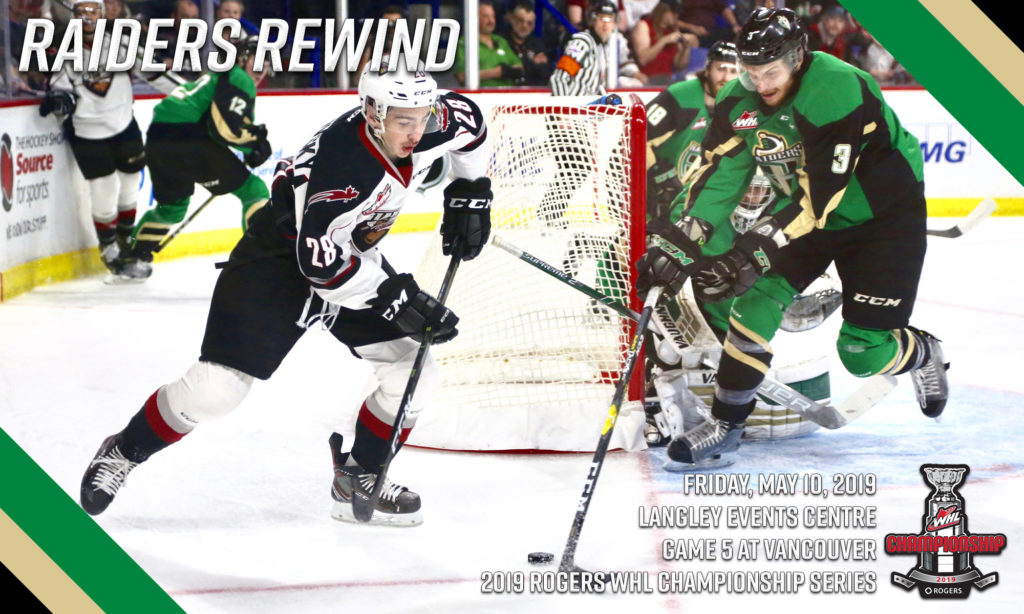 The Raiders were one win away from the Ed Chynoweth Cup as they beat the Vancouver Giants 1-0 in Game 4 of the 2019 Rogers WHL Championship Series.

The teams traded power plays in the first period with neither capitalizing with the man advantage. The game stayed tight throughout the game. Brett Leason finally broke the deadlock at the 4:21 mark of the third period.

Ian Scott picked up his fifth shutout of the WHL Playoffs with a 36-save effort, including a sliding effort to rob Alex Kannok Leipart of a goal with 7:37 to play in the final frame.