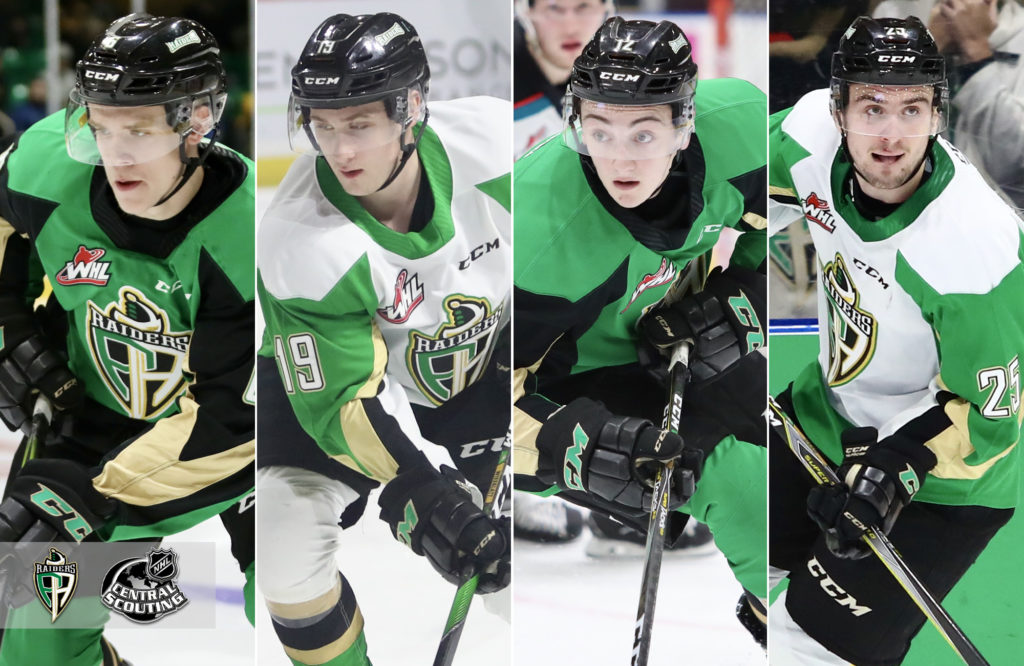 Guhle was the top-ranked Raider and top-ranked player in the WHL, listed eighth by NHL Central Scouting. The Sherwood Park, AB product led the Raiders’ blueline in scoring with 11 goals and 29 assists in 64 games while posting a plus-23 rating and 56 penalty minutes.

Matching the number he wears on the ice, Wiesblatt was ranked 19th by NHL Central Scouting. The Calgary, AB product was second in team scoring with 25 goals and 45 assists while playing in all 64 games this season.

After being ranked 126th among North American skaters in the midterm rankings, Kosior was listed 98th in NHL Central Scouting’s final rankings. Hailing from Regina, the rookie rearguard had five goals and 18 assists in 64 games to go along with a plus-19 rating and 18 penalty minutes.

Usau was ranked 108th by NHL Central Scouting. The rookie forward had 22 goals and 30 assists in 58 games, finishing fifth in rookie scoring in the WHL. He was the highest scoring Raiders rookie since Leon Draisaitl had 21 goals and 37 assists in 64 games during the 2012-13 season.

The 2020 NHL Draft was scheduled to take place on June 26 and 27 in Montreal, QC. However, the draft has been postponed to a date to be determined. The location and format of the 2020 NHL Draft will be announced by the NHL when details are finalized.