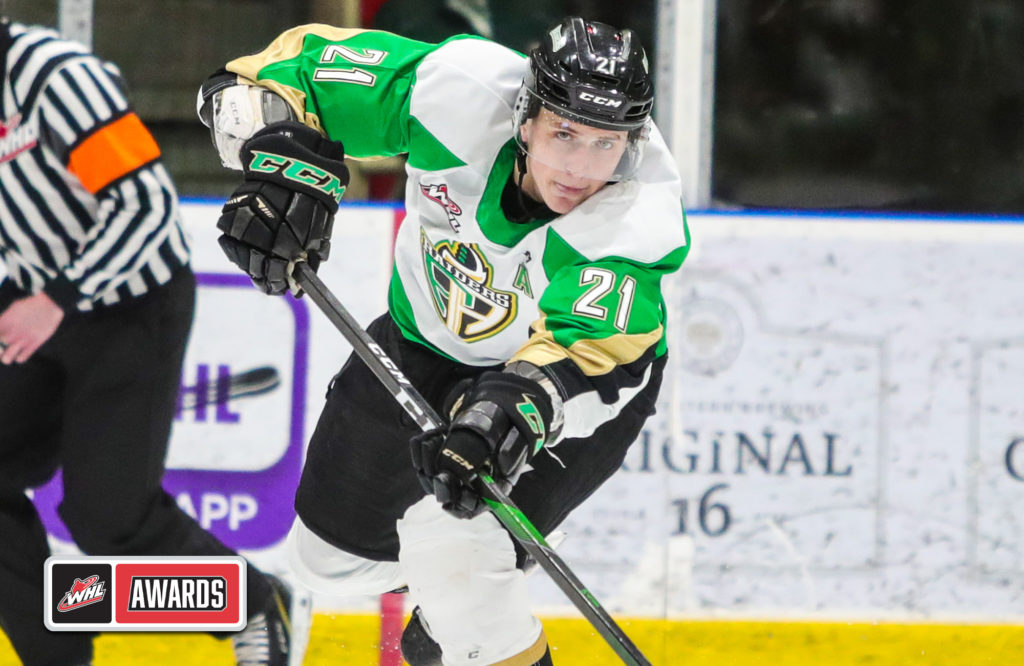 Protas, from Vitebsk, Belarus, doubled his point total in his sophomore season in the WHL. This year, the Washington Capitals prospect netted 31 goals and added 49 assists for 80 points in 58 games to lead the team in all three categories and led the East Division in points. His 80 points placed him ninth in team scoring while playing in at least five fewer games than five players ahead of him.

He scored nine power-play goals on the year, which is higher than his penalty minute total of eight for the season.

Protas had two four-point games on the season, picking up two goals and two assists in games against the Moose Jaw Warriors on November 2 and the Regina Pats on February 18.