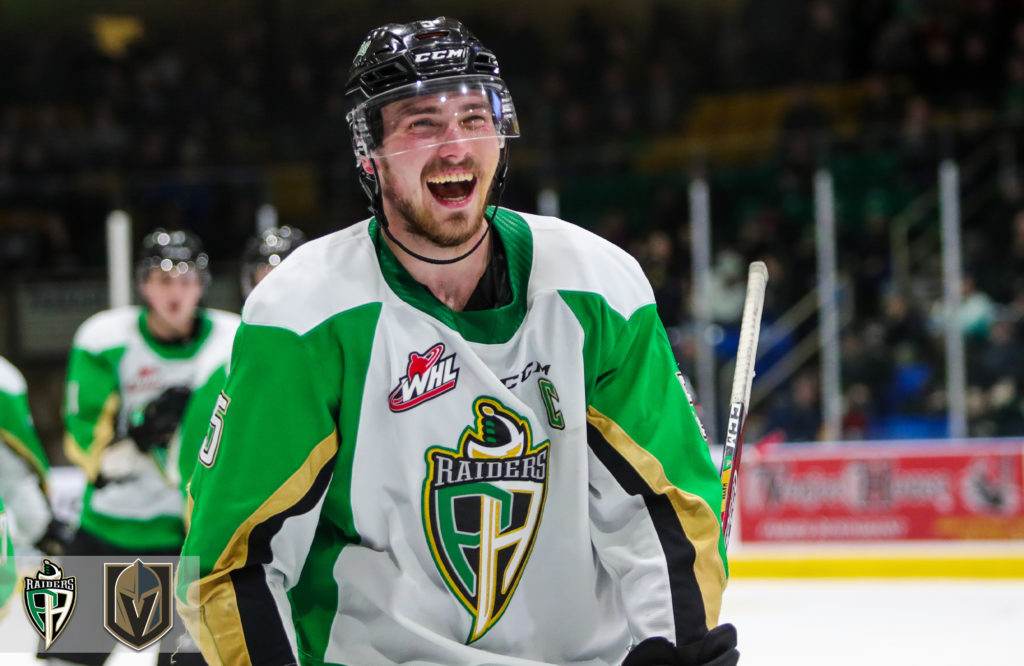 The Golden Knights’ AHL team is based in Henderson, NV.

Hayes played his entire four-year WHL career with the Raiders after being selected in the ninth round of the 2014 WHL Bantam Draft.

In his final year in the WHL, the defenceman from Calgary, AB was named the 43rd captain in Raiders’ history. He had a career-high seven goals and 16 assists in 60 games, while posting a plus-37 rating to tie for the team lead.

Hayes suited up in 272 games in his WHL career, scoring 15 goals and adding 64 assists. He finished with a plus-97 rating with 322 penalty minutes.

The blueliner was a key piece of the Raiders’ Ed Chynoweth Cup victory during the 2019 WHL Playoffs, suiting up in all 23 games during the run. He added a goal and two assists en route to the Raiders capturing the WHL Championship for the first time since 1985.