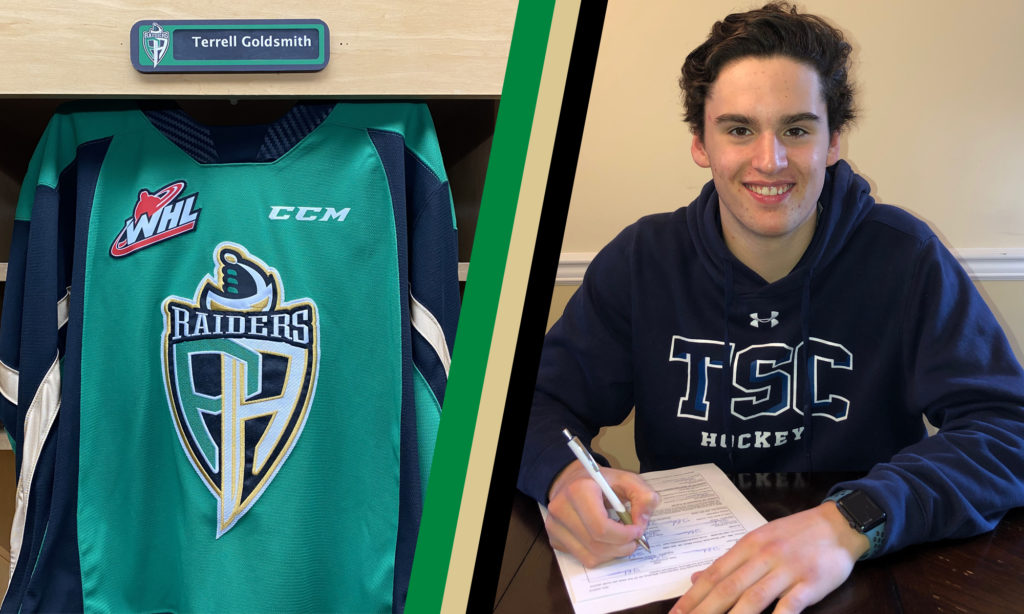 “You’re getting a hard-nosed, physical defenceman with excellent leadership qualities, said Raiders Director of Player Personnel Curt Brownlee after the 2020 WHL Bantam Draft. “He comes with a high-compete level and a tenacious work ethic.”

Listed at 6’3 and 199 lbs, the left-shot defenceman from Fort St. James, BC scored four goals and added 15 assists in 23 games for Delta Hockey Academy during the 2019-20 season.

Goldsmith was one of nine players the Raiders selected during the 2020 WHL Bantam Draft a week ago. He is also one of two players from British Columbia to be picked by the Raiders in this year’s draft.

Season tickets for the 2020-21 year are now on sale. Click here for more information.