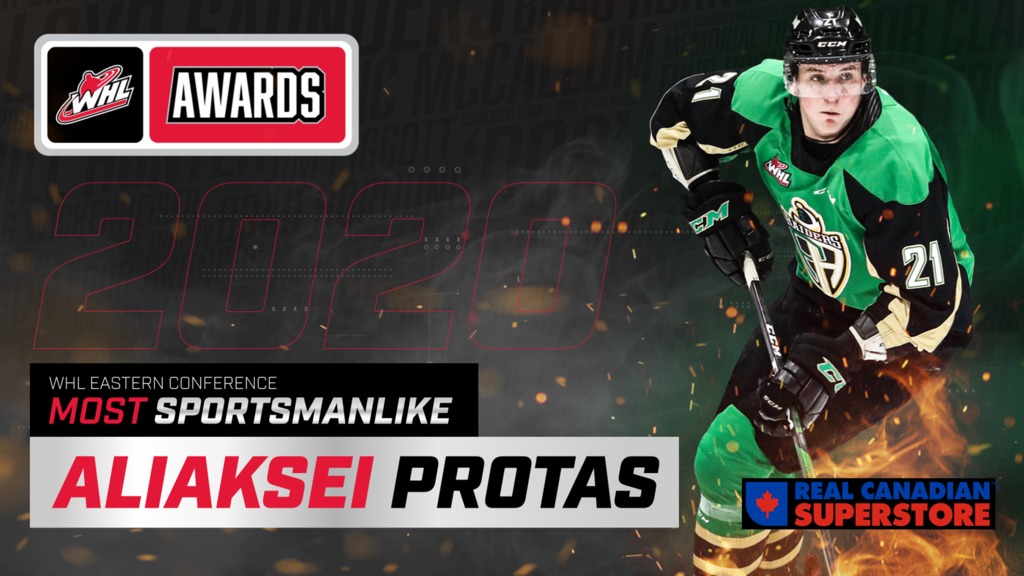 Protas is a finalist for the Brad Hornung Trophy, which is presented to the WHL Most Sportsmanlike Player of the Year Presented By Real Canadian Superstore

The Vitebsk, Belarus product led the Raiders and the East Division in scoring with 80 points in 58 games. He totalled more power-play goals (nine) than penalty minutes (eight) in his sophomore WHL campaign.

The Washington Capitals prospect was selected 26th overall in the 2018 CHL Import Draft. He has suited up in 119 games for the Raiders, netting 42 goals and 78 points in his career with just 12 penalty minutes.

The winner of the Brad Hornung Trophy as WHL Most Sportsmanlike Player of the Year will be announced on Thursday, May 14. The award is voted upon annually by WHL General Managers and Head Coaches.