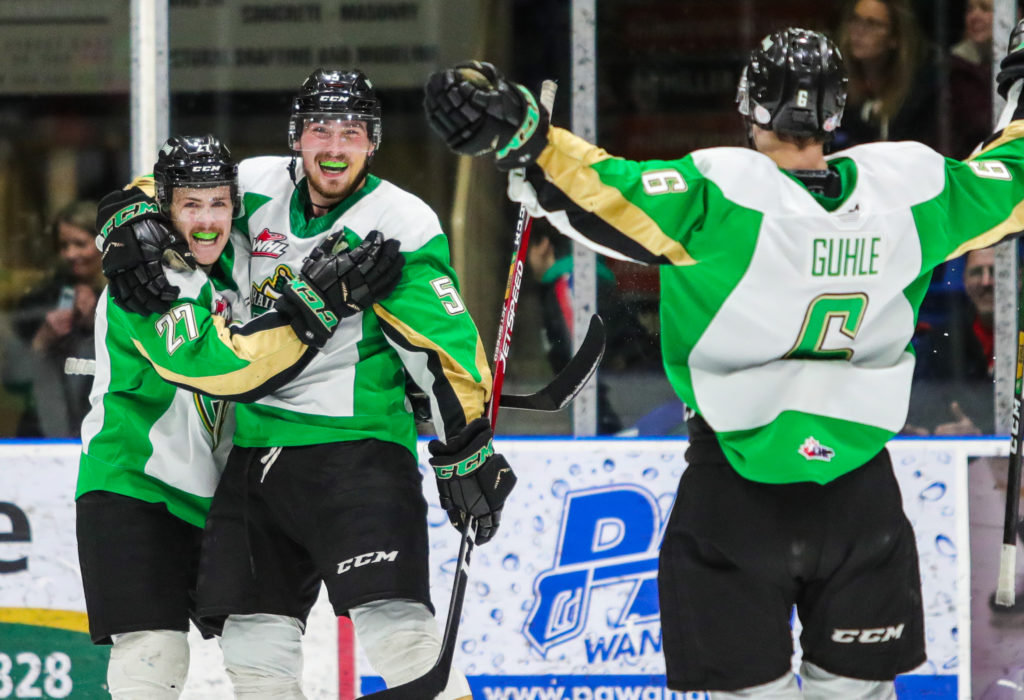 Prince Albert, SK – The Prince Albert Raiders embark on their final trip to Alberta during the regular season this week with three games against Central Division opponents.

Last week, the Raiders won all three of their contests to extend their streak of games with at least a point to 11 games.

The week started with a 3-0 shutout of the Victoria Royals on Wednesday at the Art Hauser Centre. Kaiden Guhle and Ilya Usau each had a goal and an assist in the win. Max Paddock stopped 17 shots for his first shutout as a Raider.

On Friday, the Raiders downed the Lethbridge Hurricanes 4-1 to close out their four-game homestand. Brayden Watts had a pair of goals while playing in his 300th career game. Guhle and Aliaksei Protas also chipped in two assists.

Congratulations to Brayden Watts, who is playing in his 300th career game tonight!#GoRaidersGo pic.twitter.com/uCLgSwO50U

The Raiders ended the week with a 4-1 win over the Broncos in Swift Current at the Innovation Credit Union i-Plex. Zack Hayes picked up a goal and an assist, while Guhle registered another two-assist night.

Up next is the Calgary Hitmen (27-16-4-1) on Friday night at the Scotiabank Saddledome. The Raiders and Hitmen have split the two games played this season with the teams defending home ice.

The week ends in Lethbridge against the Hurricanes (30-12-2-5) at the ENMAX Centre. The Raiders have won all three games in the season series so far, including a 5-3 win in Lethbridge in November.

All three games begin at 8 p.m. CST. Head to The Rock And Iron Sports Bar to watch the games, or listen to Trevor Redden on 900 CKBI.

The Raiders return to the Art Hauser Centre for a three-game homestand beginning on February 14 and 15 against the Swift Current Broncos and Brandon Wheat Kings, respectively. The homestand ends on Tuesday, February 18 against the Regina Pats.

Puck drop for the three games is 7 p.m. Tickets are available at the Raiders Office and online here.