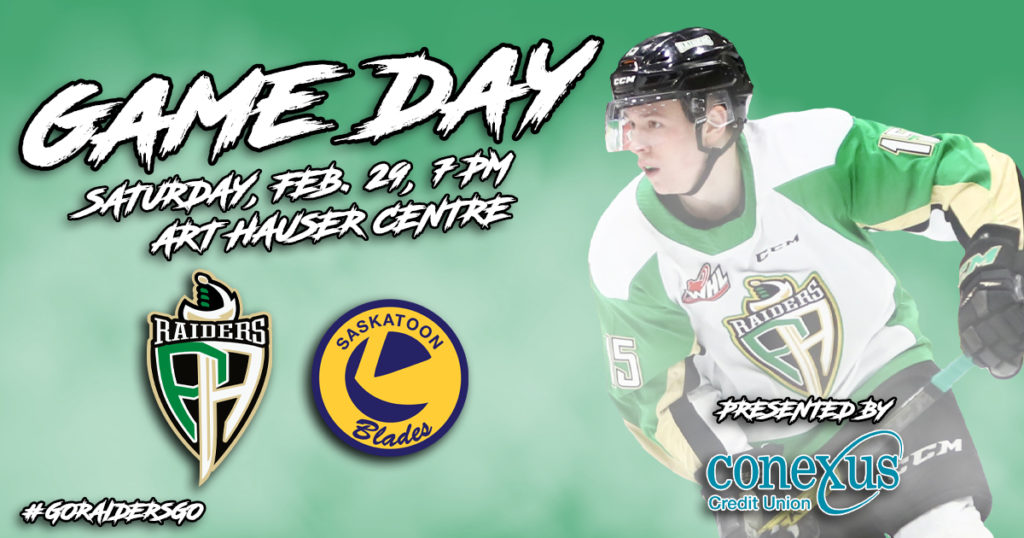 RAIDER REVIEW: The Raiders (32-17-5-4) host the Saskatoon Blades (31-22-2-3) in the second game of their weekend home-and-home series. Last night in Saskatoon, the Raiders had their four-game winning streak snapped by the Blades in a 4-2 loss. Nolan Allan and Ozzy Wiesblatt scored in the loss for the Raiders. Max Paddock finished the game with 23 saves in a losing effort.

LEAPS AND BOUNDS: The Raiders last suited up on February 29 in 2012 at home against the Lethbridge Hurricanes, falling 4-3 in a shootout. Their last win on Leap Day came in 2008 when they doubled up the Kamloops Blazers 4-2. Ryan McDonald led the way for the Raiders with a goal and two assists.

CAREER-BEST STREAK: Ozzy Wiesblatt’s second-period goal extended his goal-scoring streak to three games and his point streak to six. His six-game point streak is tied for the longest of his WHL career, equalling two streaks earlier this season. Over his current stretch, the 2020 NHL Draft prospect has three goals and seven assists. Wiesblatt also has a point in five of the seven contests against the Blades.

FINDING TWINE: Rookie Nolan Allan scored his second goal of the season in the third period of Friday night’s game. It was Allan’s first goal since Oct. 12 at the Art Hauser Centre against the Moose Jaw Warriors, a span of 32 games. The Davidson product has two goals and six assists while playing in 52 games this year.

SUPPORT: With his assist on Nolan Allan’s goal, Evan Herman picked up his first assist in 24 games. His last helper came on Dec. 13 against the Winnipeg ICE. This season, the rookie has nine goals and 11 assists in 53 games.

NEXT UP: The Raiders wrap up their weekend on Sunday night against the Moose Jaw Warriors at the Art Hauser Centre. Game time is 6 p.m. Tickets are available at the Raiders Box Office and online here. 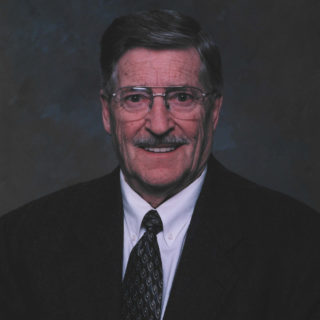