Raiders Announce “This Girl Can” Night 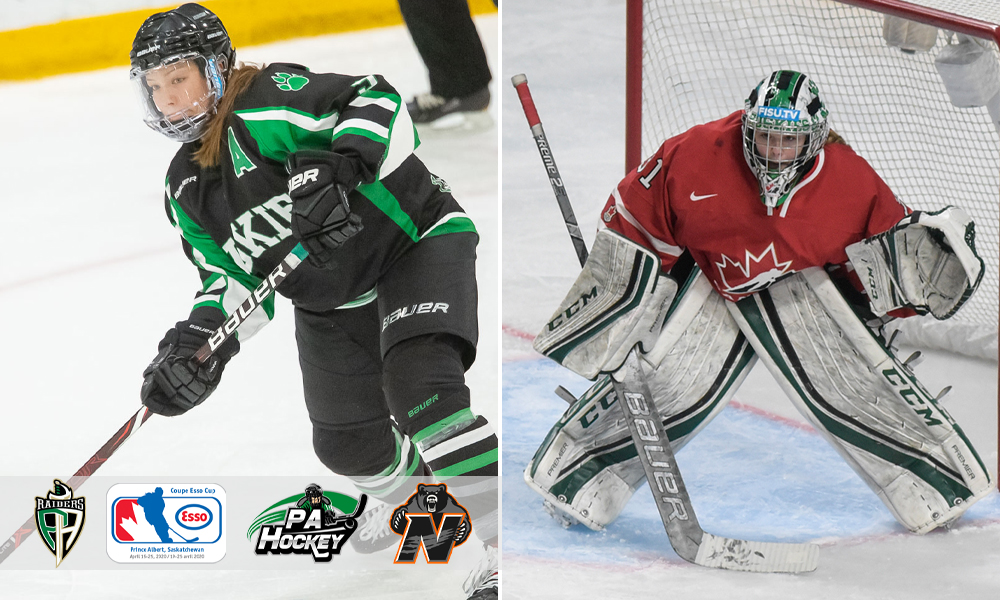 Prince Albert, SK – The Raiders, in conjunction with the 2020 Esso Cup Committee, Prince Albert Minor Hockey, and the Prince Albert Northern Bears, are proud to be hosting the team’s first “THIS GIRL CAN” Game Night presented by the 2020 Esso Cup on Tuesday, March 3 when the Calgary Hitmen come to town. The game night is dedicated to celebrating young girls and women in sport, business, and community groups.

The evening will feature community leaders, Prince Albert minor hockey alumni that have moved up to play in the USports, and key members of the AAA Bears team that will be competing in the upcoming Esso Cup this spring. They will be leading a speaking engagement and Q & A prior to the game, which is sure to inspire young girls and women.

The event starts with an on-ice session at 4 to 4:45 p.m. where participating teams will skate with Hockey Canada, USPorts, and Bears representatives and players. Doors for the speaking event will open at 5:00 p.m. with the program beginning at 5:30 p.m. Teams and groups that have purchased tickets are invited to enter through the south doors and find a seat in Ches Leach Lounge to take in the presentation.

Related Links
Get Tickets for March 3 vs. Calgary

Special ticket packages are available for teams and groups wanting to attend this night; 18 tickets for your players/group participants for $144 which includes 15 player tickets, three adult tickets, and admission to the pre-game program. Any additional tickets can be purchased at a special price of $7 per child, $12 per student, and $19 per adult.

Teams and groups are encouraged to wear their team jerseys or apparel to the game to represent their group!

Join other girls from various sports and athletic groups from across the city and surrounding area for this exciting event! Please contact Kim Pagé at the Raiders Office today to book your spot (306) 765-2832 or email page@raiderhockey.com.

Morgan Willoughby: Morgan played much of her minor hockey in Canwood before moving to Prince Albert. She was a Prince Albert Bear for four seasons, including being the team captain the final two years of her Midget AAA career. She has just finished her five-year USports career as a member of the University of Saskatchewan Huskies where she was an Alternate Captain the past two seasons. The highlight was a trip to USport Nationals in 2017 in London, Ontario where the Huskies finished fourth. She is a solid, reliable defenceman with a heavy shot and very responsible defensively. She will graduate with an Education Degree from the U of S this spring.

Jessica Vance: Jessica played all of her minor hockey in Prince Albert from Pre-Initiation to Midget. She started playing goal in her first year of Novice and found a home. She currently is the Saskatchewan Female Midget AAA League leader in all time wins, shutouts, minutes played, and games played by a goaltender. She just finished her fourth year with the University of Saskatchewan Huskies and is second all-time in Canada West for shutouts and first all time for save percentage among goaltenders. In 2017, she was named the Canada West Player of the Year and Finalist for USports Player of the Year. In 2019, Vance was selected to Team Canada for the Universiade in Russia where she backstopped Canada to a silver medal. Jessica will finish out her University playing eligibility with the Huskies next season. She will receive her degree in Kinesiology this spring and continue her studies in the fall in either Physiotherapy or Education.