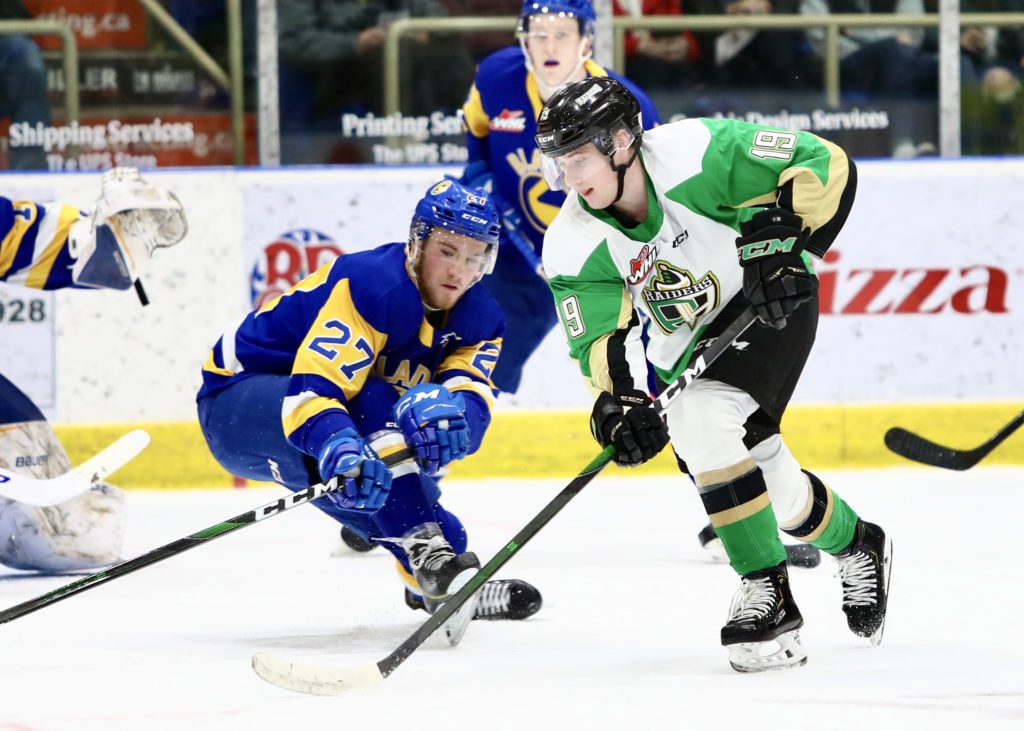 Prince Albert, SK – The Prince Albert Raiders face a three-in-three weekend as they take on the Saskatoon Blades and the Moose Jaw Warriors.

Last week, the Raiders picked up a win in both of their games, starting with a 5-2 win over the Regina Pats on Tuesday night at the Art Hauser Centre. Aliaksei Protas had a four-point night with two goals and two assists. Ozzy Wiesblatt added a goal and two assists and recorded his 100th career point in the process.

On Saturday night, the Raiders travelled to Brandon and came away with a 2-1 victory. Ilya Usau and Wiesblatt had the Raiders’ goals, both of which game on the power play. The Raiders’ penalty kill was strong as they killed off all five of Brandon’s power plays.

The Raiders also clinched their spot in the 2020 WHL Playoffs last week following the Regina Pats’ loss on Friday night. This is the third consecutive season the Raiders have made the WHL Playoffs.

This week begins with a home-and-home series with the Saskatoon Blades (30-22-2-3) on Friday night at SaskTel Centre. Game time is 7 p.m. The series shifts back to Prince Albert as the teams square off for a Saturday night showdown at the Art Hauser Centre. Puck drop is 7 p.m.

The Raiders end the week on Sunday night at home against the Moose Jaw Warriors (12-39-4-0). So far, the Raiders have won all three meetings against the Warriors this season. Protas is the leading point getter in the season series with four goals and three assists. Ryder Korczak leads the Warriors with two goals and two assists. Sunday’s game starts at 6 p.m.

Tickets for both Raiders home games this week are available at the Raiders Office and online here.