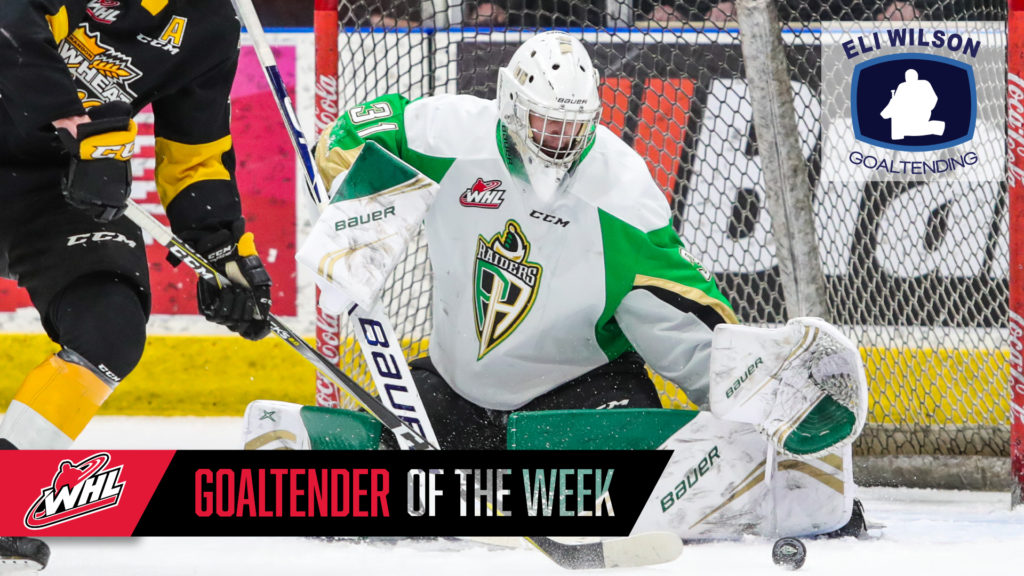 This is the third time this season Paddock has claimed the award and the second in three past three weeks.

Paddock’s week began Friday with a 13-save shutout in a 5-0 win against the Swift Current Broncos on home ice. The following night, Paddock returned to the crease and turned aside 26 of 27 shots in a 4-1 win against the Brandon Wheat Kings, earning second-star honours in the contest. Paddock made 11 saves on 12 shots in the first, then stopped all 15 shots through the final 40 minutes to complete the win.

The Raiders return to action on Tuesday to take on the Regina Pats at the Art Hauser Centre. Puck drop is 7 p.m. Get your tickets online here.

Related Links
Get Tickets for Tuesday vs. Regina
More News