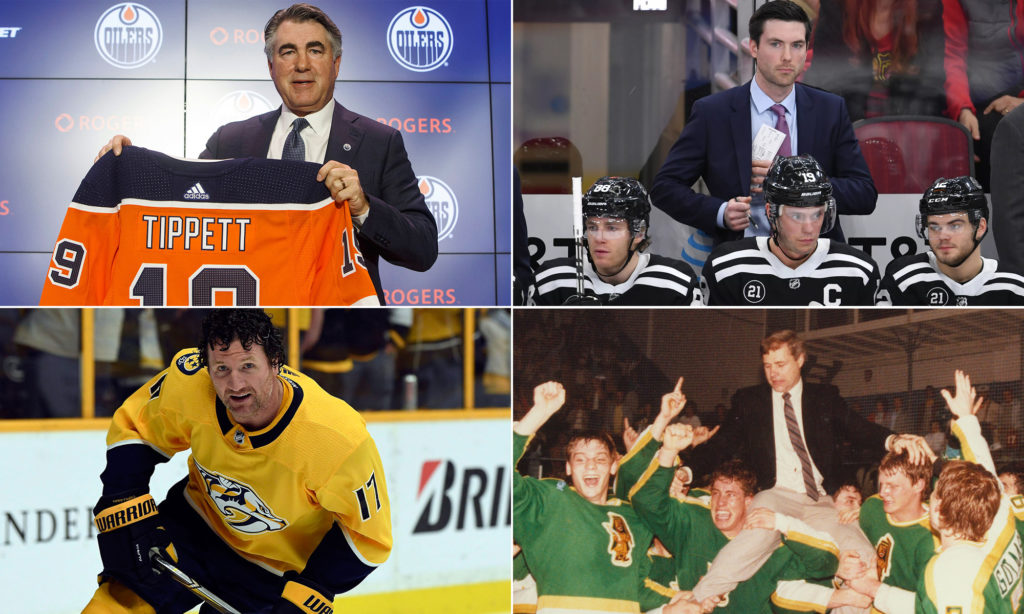 Prince Albert, SK – As the Prince Albert Raiders prepare for their 50th season of play starting in September, the team is pleased to announce celebrations will begin on Wednesday, August 12 and Thursday August 13 with the 22nd Annual Prince Albert Golf Classic: A 50th Season Celebration With Raiders Alumni and Banquet at Cooke Municipal Golf Course.

Many Raider alumni from both the SJHL and WHL days are returning to Prince Albert for the event.

Colliton wore the Green and Gold for four seasons from 2001-05. He played in 229 career games with the Raiders, posting 71 goals and 105 assists. He served as the Raiders captain for his final two years in Prince Albert. During his time with the Raiders, Colliton was a second-round pick in the 2003 NHL Draft of the New York Islanders. He also won a silver medal and a gold medal at the 2004 and 2005 IIHF World Junior Hockey Championships, respectively. Colliton joined the Blackhawks as head coach in November of 2018.

Tippett suited up for the Raiders in the 1979-80 and 1980-81 seasons scoring 95 goals and 140 assists. He was named a tournament all-star at the 1981 Centennial Cup in Halifax, NS as the Raiders beat Belleville 6-2 in the final. Although going undrafted, Tippett suited up in 721 games in the NHL with the Hartford Whalers, Washington Capitals, Pittsburgh Penguins, and Philadelphia Flyers. After his playing career, Tippett entered the coaching ranks as an Assistant with the Los Angeles Kings before taking over as head coach of the Dallas Stars and Arizona Coyotes. Tippett was hired as head coach of the Oilers in May of 2019.

Hartnell played with the Raiders from 1998 to 2000. In his 128-game WHL career, he amassed 37 goals and added 90 assists. His play led to Hartnell being drafted sixth overall in the 2000 NHL Draft by the Nashville Predators. Hartnell recently retired after a 17-year NHL career that saw him play in 1,249 games with the Predators, Philadelphia Flyers, and Columbus Blue Jackets. He remains involve din the game, working as an analyst on the NHL Network.

Simpson joined the Raiders as head coach in the 1972-72 season. Over the next 14 seasons, he led the team to seven consecutive Anavet Cups and four Centennial Cup titles in the SJHL. He shepherded the Raiders into the Western Hockey League and guided the team to championship wins in the 1985 WHL and 1985 Memorial Cup championships. He was also a two-time recipient of the Dunc McCallum Memorial Trophy as the WHL Coach of the Year in 1984 and 1986. Simpson returned to coach the Raiders for the 1989-90 season, helping the team to the divisional round of the playoffs. His success continued into the NHL coaching ranks with the New York Islanders, Winnipeg Jets, Philadelphia Flyers, Toronto Maple Leafs, and the Mighty Ducks of Anaheim.

The golf tournament entry fee is $1,200 per foursome, which will include a Raider alumni as your fifth. For more information, contact Mike Scissons at scissons@raiderhockey.com.