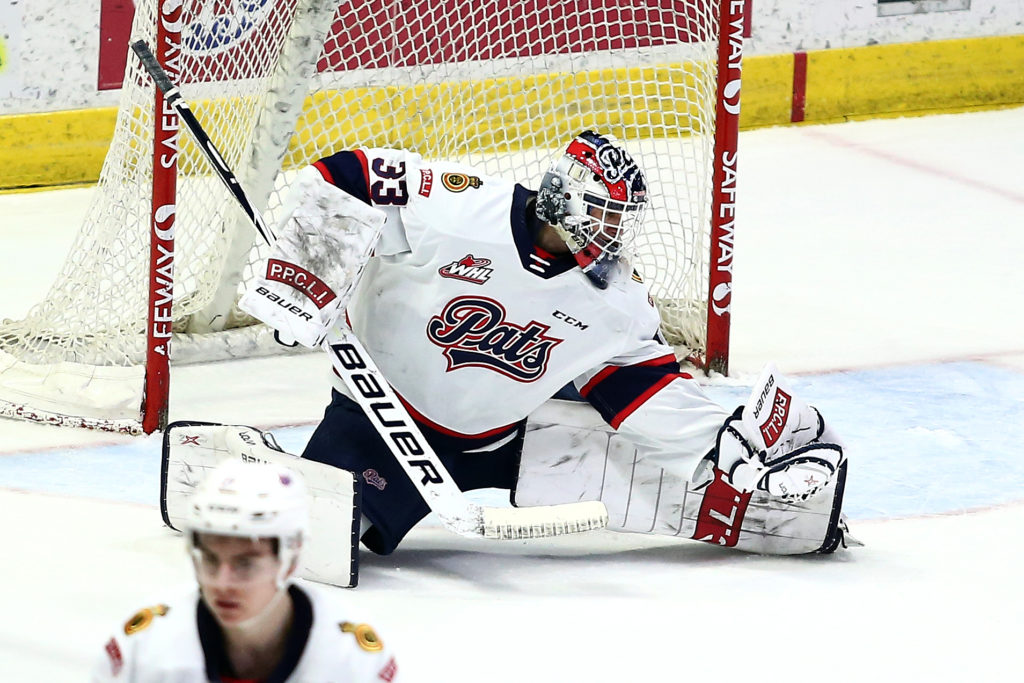 “We’re really excited to add Max to the organization,” said Raiders General Manager Curtis Hunt. “We believe he provides experience and stability at a very important position. He is a consistent performer and has big-game experience with Regina.”

Check out what goaltender Max Paddock brings to the crease of @PARaidersHockey!

His best season came in 2017-18 when the Pats hosted the Memorial Cup. He finished the year with a 19-7-1-1 record, 2.90 goals-against average, and a 0.904 save percentage. During the Memorial Cup, he played in all five games for the Pats and finished with a 3-1 record en route to a berth in the final. In that game, he stopped 41 of 43 shots in a loss. Paddock had the second-best save percentage of the tournament at 0.908.

Brook was a second-round pick of the Raiders in the 2017 WHL Bantam Draft. The Roblin, MB product had three goals and six assists in 38 games with the Raiders this season.

“Unfortunately to get a player of Max’s quality, we had to give up a quality player,” Hunt said. “We thank Jakob for his contributions on and off the ice in Prince Albert. He leaves here a champion and we look forward to seeing him have success in the future.”

In a corresponding move, the Raiders have re-assigned 2000-born goaltender Keegan Karki to a team to be named later.

The Raiders are back in action on Friday night when the Prince George Cougars make their only trip of the year to Prince Albert.

Then on Saturday, the Raiders host the Edmonton Oil Kings on for the third annual Sock Hop Presented By Parkland Ambulance. Fans are asked to bring new pairs of socks to the game for donation to Parkland Ambulance. During the second intermission, they can throw the socks on the ice for a chance to win a new TV.

Both games begin at 7 p.m. Tickets are available online here and the Raiders Office.