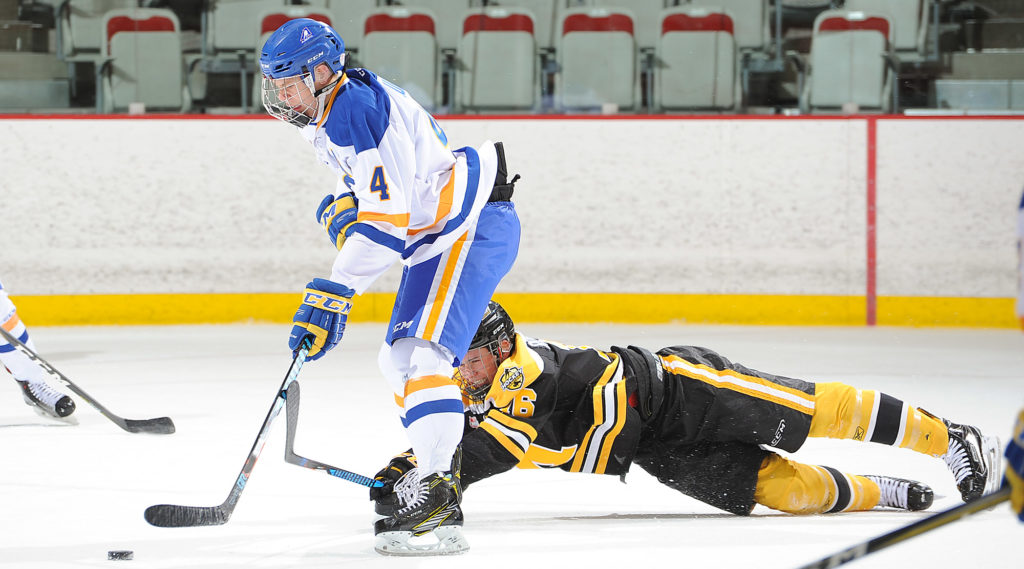 British Columbia forward Ben King scored in overtime to give his province a 4-3 win over the previously undefeated Albertans in the gold-medal game of the 2017 WHL Cup at the Markin MacPhail Centre.

Guhle opened the game’s scoring for Alberta midway through the first period. He also assisted on the game-tying goal late in the third period to send the game to overtime. The Sherwood Park product had a phenomenal WHL Cup, showing why he was the first overall pick in last May’s WHL Bantam Draft. The ’02-born defenceman was named to the WHL Cup All-Stars, finishing the competition with five goals and four assists – good for third overall in tournament scoring and first among defenceman.

.@kguhle_4 gets the first goal of the game for Team Alberta in the #WHLCup final. pic.twitter.com/KoZMw3GqNy

Wiesblatt, his provincial and future Raider teammate, also had a strong tournament for the host province. The Calgary product generated plenty of chances through the tournament, finishing the five-game competition with three assists.

In the afternoon’s bronze-medal game, Jakob Brook and Team Manitoba knocked off Cohner Saleski and Team Saskatchewan 4-2. Brook opened the scoring for Manitoba at the 5:53 mark on a redirected shot from the side of the net on the power play. The Roblin product had a goal and an assist in his five games in Calgary.

.@JakobBrook had a goal in Team Manitoba’s 4-2 bronze-medal win this morning. pic.twitter.com/JAC9Sj6psl

Saleski assisted on Saskatchewan’s first goal of the game. The 17th overall pick of last May’s WHL Bantam Draft recorded a goal and two assists at the WHL Cup.