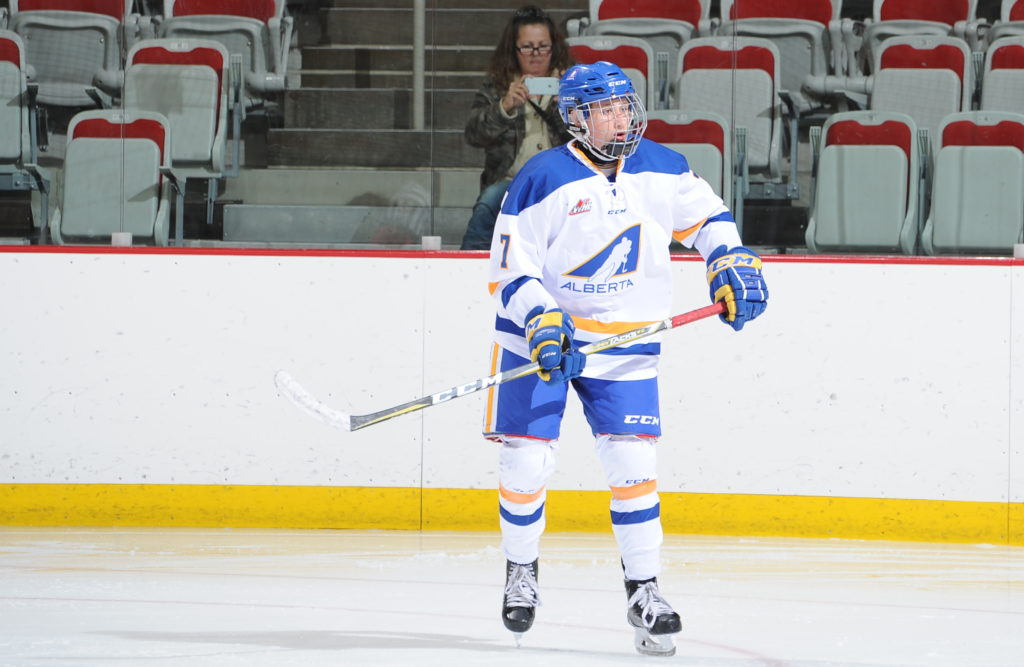 Led by Alberta Player of the Game Kaiden Guhle, the host province edged Team Manitoba 4-3 on Friday night at the Markin MacPhail Centre.

Guhle recorded two assists in Friday night’s win, bringing his point total to six (3g-3a) in the tournament. The Sherwood Park product sits in second place in tournament scoring. Ozzy Wiesblatt recorded his second assist of the WHL Cup on what ended up being the game-winning goal for Alberta. On the other side of the ice, Jakob Brook was held without a point for Manitoba. He finished the round robin with an assist.

In the early game, Cohner Saleski and Team Saskatchewan were blanked 6-0 by Team British Columbia. Saleski had a goal and an assist Saskatchewan’s three round robin contests.

The stage is now set for Saturday’s semifinals with rematches of Friday’s contests. At 1 p.m., Team Alberta squares off against Team Manitoba. In the late game, Team Saskatchewan looks to get revenge on Team British Columbia at 4:30 p.m. The winners of each game will face off in the gold-medal game on Sunday afternoon at 1:30 p.m. The bronze-medal contest is on Sunday at 9:30 a..m.