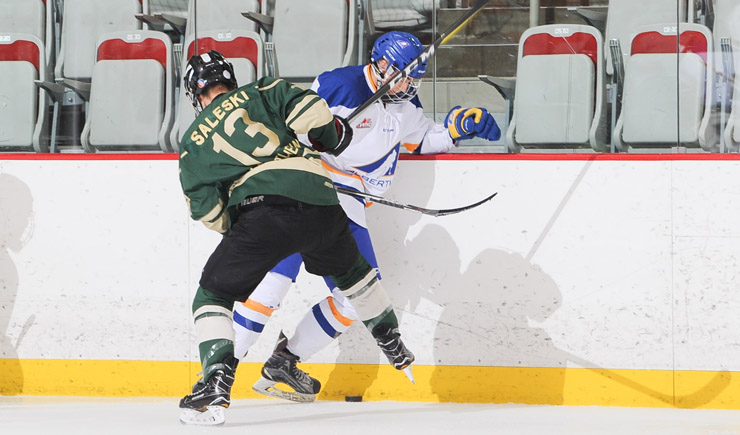 “The boys were just really working together really well,” said Guhle, who serves as an alternate captain for Alberta, to WHL.ca. “Everything we did just seemed to work and we got a couple good bounces. We were just doing good work together.”

In the early game, Jakob Brook, Evan Herman and Team Manitoba downed Team British Columbia 3-2 in a shootout. Brook finished the game with one shot on goal and two penalty minutes.

The 2017 WHL Cup continues this afternoon when Team Saskatchewan faces off against Team Manitoba at 3 p.m.. In the evening game, Team Alberta takes on Team British Columbia at 6:30 p.m. Games can be watched online with WHL Live.