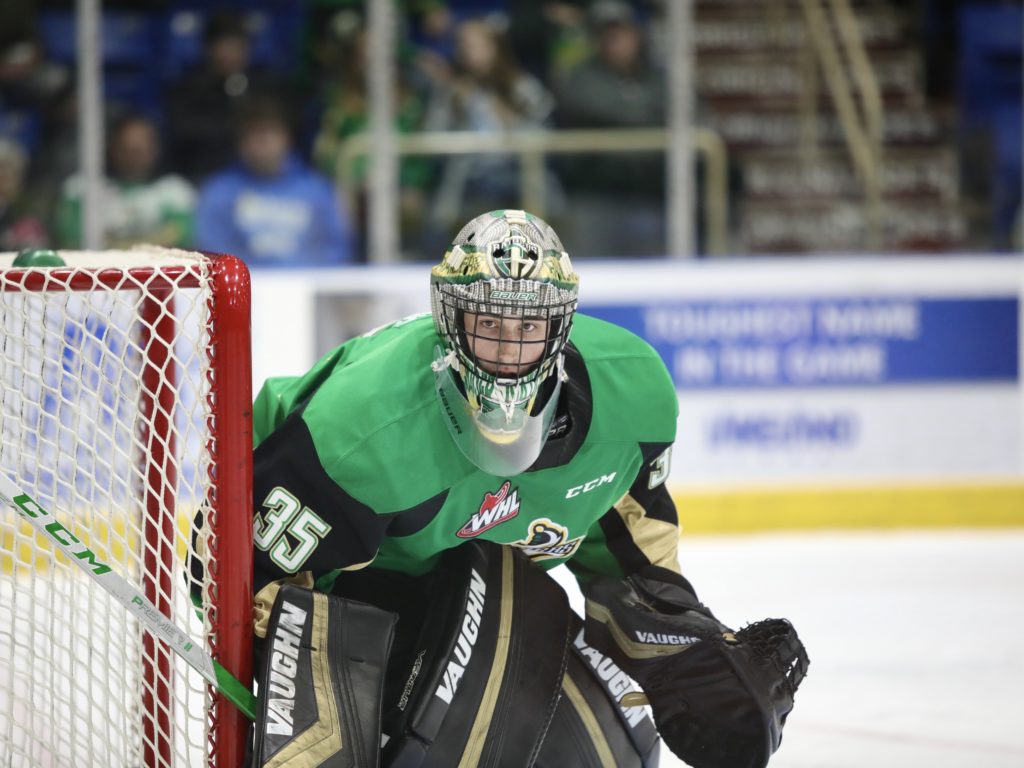 Bilous, a product of Langley, BC, was acquired by the Raiders at last year’s WHL Trade Deadline from the Edmonton Oil Kings. This season, he has a 15-9-4-1 record with a 2.58 goals-against average and a 0.889 save percentage in 32 appearances.

The Raiders are back in action tonight to take on the Red Deer Rebels. Puck drop is 7 p.m. Tickets are available at the Raiders Office and online here.