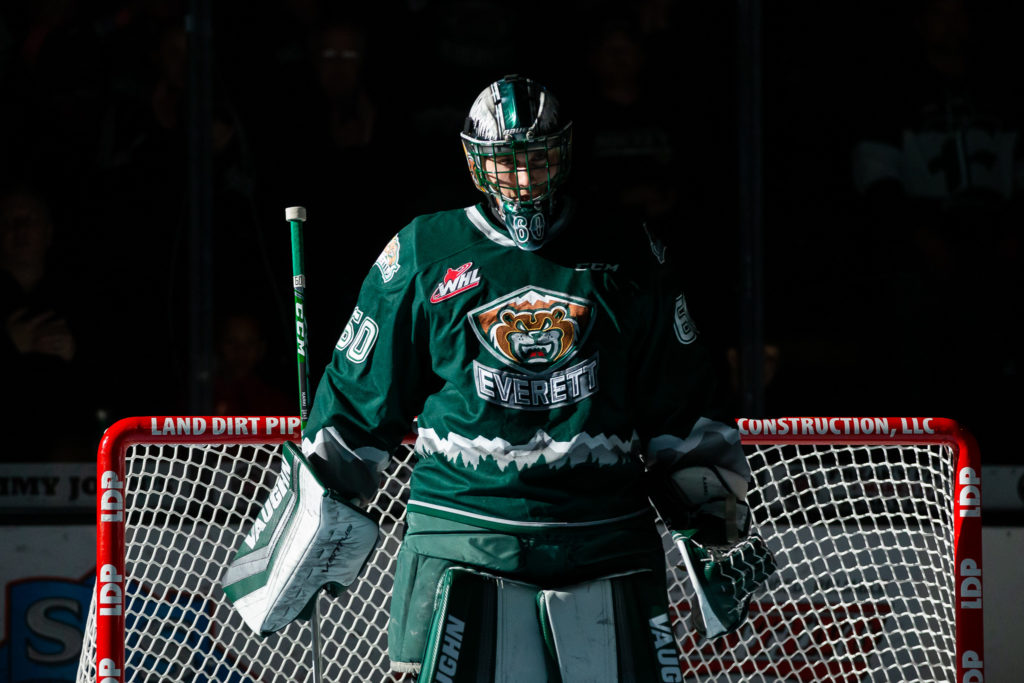 Karki, who hails from Sartell, MN, is listed at 6’5 and 210 lbs. He is currently in his first season in the WHL.

“We have watched Keegan very closely over the past month,” said Raiders General Manager Curtis Hunt. “We like his size, his athleticism, and we believe he has great pro potential. We feel he is just coming into his own.”

Karki was signed by the Silvertips in May. In his debut WHL season, Karki has an 8-1-1-1 record in 14 appearances for the Silvertips. He has posted a 3.19 goals-against average and a 0.897 save percentage.

KARKI WITH THE HUGE SAVE! 😱😱@keegankarki makes the biggest save in OT and we're off to a shootout!

In his past two seasons, the netminder suited up for the Muskegon Lumberjacks in the USHL. During his full season in 2017-18, Karki was second in the USHL with 24 wins and sixth in games played.

Karki also represented the United States internationally at the 2016 World Under-17 Hockey Challenge, posting a 2.28 goals-against average in five games at the event.

The Raiders are back in action on Saturday night to take on the Winnipeg ICE at Wayne Fleming Arena. Game time is 7:30 p.m. The two teams square off again on Sunday evening in Winnipeg at 6 p.m.

The next Raiders’ home game is on Tuesday night when the Red Deer Rebels visit the Art Hauser Centre. Puck drop is 7 p.m. Tickets are available at the Raiders Office and online here.