Memorial eCup Presented By Kia: Hayes Bows Out In Round 2 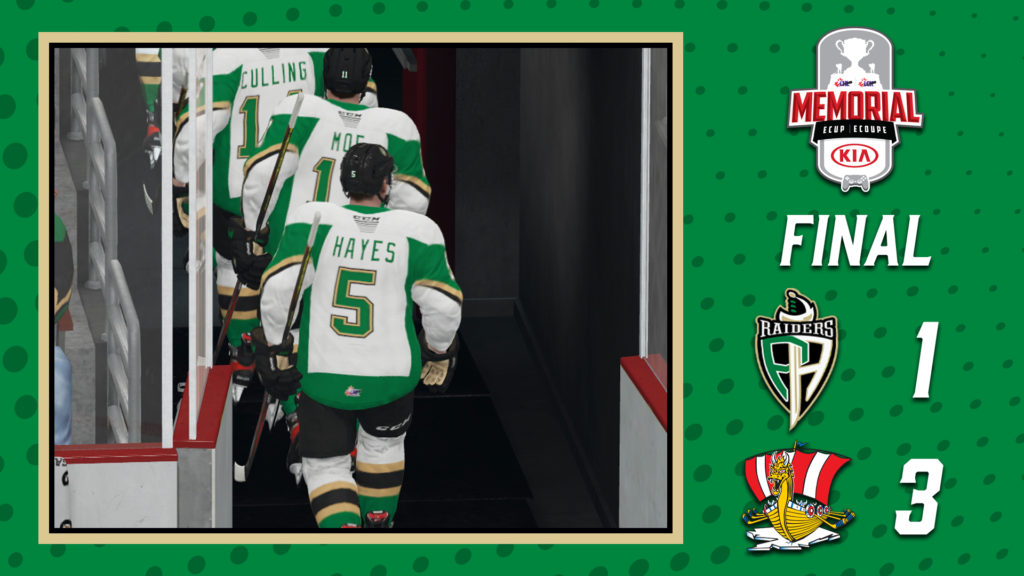 Zack Hayes’ run in the CHL Memorial eCup Presented By Kia came to an end on Tuesday evening in a 3-1 loss to Gabriel Belley-Pelletier of the Baie-Comeau Drakkar.

Hayes got the scoring started with about six minutes to play in the first period. Remy Aquilon knocked the puck away from the Drakkar attack near the blueline and set it sliding into the neutral zone. Aquilon skated into the puck and found himself on a breakaway. He made a move to his forehand and beat Baie-Comeau’s goaltender short-side to make it 1-0.

Shortly after, the Drakkar tied it up. Baie-Comeau worked the puck around the Raiders’ end until Max-Antoine Melançon tapped in a backdoor pass from Nathan Légaré to tie it up at 1-1 before first intermission.

In the second, Baie-Comeau took the lead on another quick strike. Xavier Fortin made a pass across the slot in the wheelhouse of Mathys Poulin who one-timed it past Max Paddock to give the Drakkar a 2-1 advantage after two periods.

Hayes pushed the virtual Raiders for the equalizer in the third period, but was denied at every attempt by Drakkar goaltender Lucas Fitzpatrick. With Paddock pulled for the extra attacker in the final minute, Nathaël Roy found the empty net from the blueline to seal the game at a 3-1 score.

Here are the stats from the game: 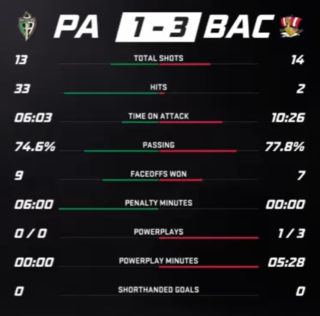 Many thanks to Zack Hayes for throwing on a Raiders jersey, albeit virtually, one more time to take part in the Memorial eCup. The Memorial eCup Presented By Kia continues on the Canadian Hockey League’s Facebook and Twitch channel. Click here for more information.