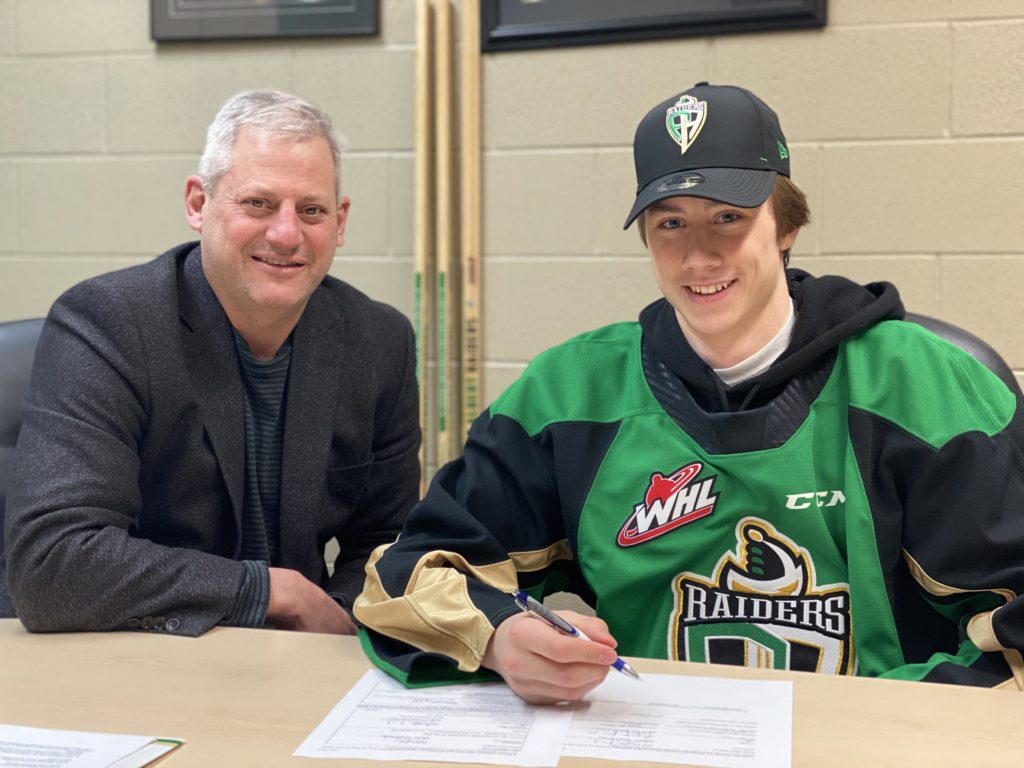 Listed at 6’2 and 175 lbs, Gislason was drafted in the sixth round of the 2018 WHL Bantam Draft by the Raiders. He is currently playing at the Rink Hockey Academy Midget Prep in the CSSHL.

“Tayem is a big, puck-moving defenseman that has excelled in all situations,” said Raiders General Manager Curtis Hunt. “We’re excited about adding Tayem to the fold.”

The Winnipeg, MB product has four goals and 10 assists in 24 games for Rink Hockey Academy. He has also played in three games for the MJHL’s Winnipeg Blues, registering an assist.

Gislason also represented his province last year at the 2019 Canada Winter Games. He had two assists in six games as Manitoba finished in fifth place at the tournament, capping off the Games with a 7-5 win over Nova Scotia.

The Raiders are back in action on Wednesday night when the Victoria Royals make their lone trip of the season to the Art Hauser Centre. Puck drop is 7 p.m. Tickets are available online here.