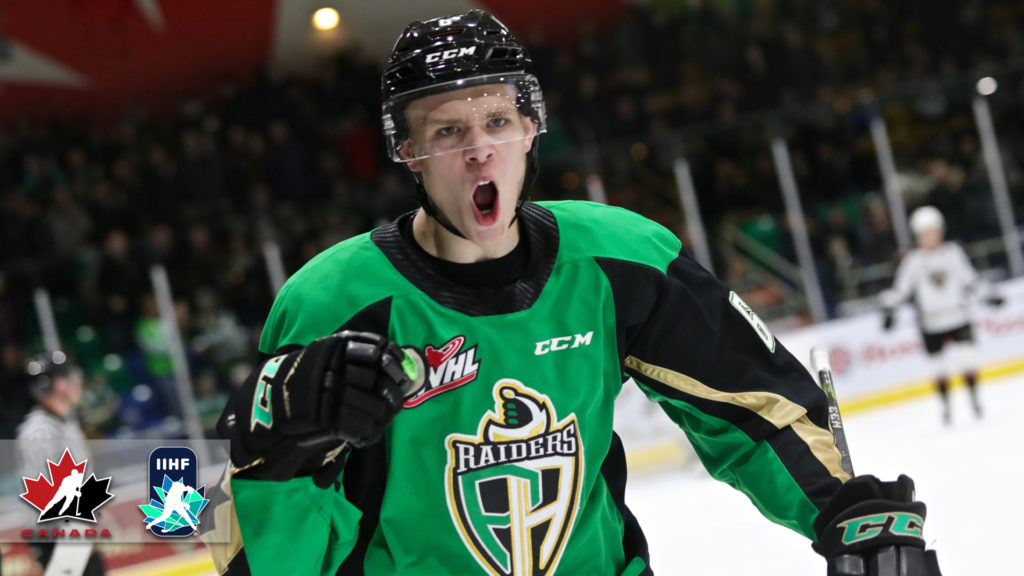 “This camp has been unconventional from the outset with the number of players invited and the length of the camp, along with the schedule adjustment due to our two-week shutdown, but we feel we have selected a group that will give us the best chance to defend our gold medal on home ice,” said Alan Millar, lead for the Program of Excellence management group, in a Hockey Canada release.

Related Links
Hockey Canada Release Canada's National Junior Team Roster
“It is never easy making roster decisions to trim down a roster, especially when every player handled adversity, faced challenges head on and remained committed to the process through our off-ice workouts and Zoom sessions.”

Guhle, a Sherwood Park, AB product, has played both of his seasons in the WHL with the Raiders after being selected first overall in the 2017 WHL Bantam Draft. Last season, the blueliner scored 11 goals and added 29 assists in 64 games while posting a plus-23 rating. He shared the Jim Neilson Award as the Raiders’ Most Valuable Defenceman Presented By North Stars Signs.

A member of the Raiders’ WHL Championship team in 2019, he signed an entry-level contract with the Montreal Canadiens in October after being drafted 16th overall by the Original Six club in the 2020 NHL Draft.

Guhle is no stranger to donning the Maple Leaf for Hockey Canada. He captained Canada Red at the 2018 World Under-17 Hockey Challenge, registering three assists in six games. He also served as an alternate captain at the 2019 Hlinka Gretzky Cup, picking up an assist in five games.

Guhle is the most recent Raider to represent his country at the World Junior Championship. Brett Leason and Ian Scott suited up for Canada at the 2019 tournament.

Get your tickets for the Hockey Harvest Lottery to benefit the Education Funds of all five Saskatchewan-based WHL teams. The 50/50 jackpot has already surpassed $250,000. Tickets are on sale until December 20. Purchase your tickets here.