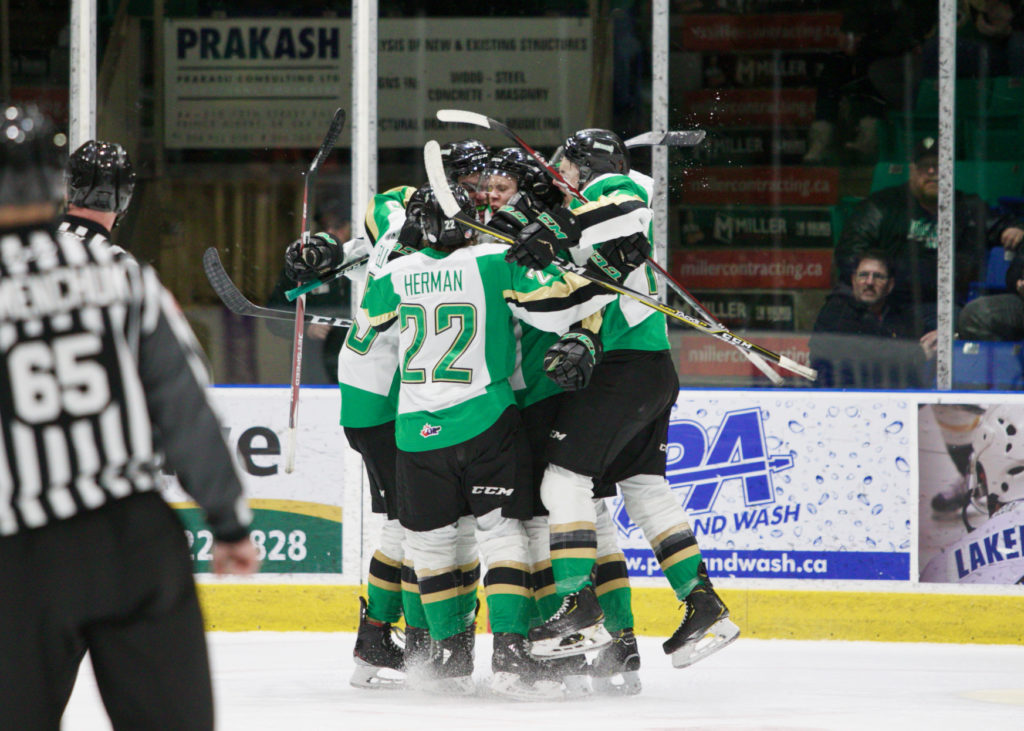 Prince Albert, SK – The Prince Albert Raiders return to the Art Hauser Centre this weekend to take on the top two teams in the Eastern Conference after a quick jaunt to Alberta.

Last week, the Raiders had Friday and Saturday matchups against the Edmonton Oil Kings and Red Deer Rebels, respectively, and came away with three out of a possible four points.

On Friday, the Raiders came back to knock off the Oil Kings 2-1 in overtime in Edmonton at Rogers Place. Saturday night saw the Raiders drop a 4-3 shootout to the Rebels at the Westerner Park Centrium in Red Deer.

The Raiders have no played in five consecutive games that went beyond regulation. According to Lucas Punkari of the Prince Albert Daily Herald, the last team to play in five games that went to overtime were the 2017-18 Swift Current Broncos in a stretch from Nov. 22 to Dec. 1.

Prior to the Prince Albert Raiders current streak, the last WHL team to have five straight games go into the overtime were the Swift Current Broncos during a span that lasted from Nov. 22 to Dec. 1, 2017

This week, the Raiders return home to wrap up the season series with the Edmonton Oil Kings (30-7-6-3) on Friday night. Prince Albert holds a 2-1-0-0 record against the Oil Kings this season, who enter the with the best record in the Eastern Conference.

On Saturday, the Medicine Hat Tigers (29-13-1-1) make their final trip of the season to the Art Hauser Centre. The Tigers have taken the first two games of the four-contest season series.

Saturday is also WHL Suits Up to Promote Organ Donation Presented By RE/MAX Night. The Raiders will be wearing Hockey Night In Canada themed jerseys for the game.

The jerseys are available via auction on 32auctions.com. The online auction begins this morning at Noon CST. Bidding starts at $250, or the jerseys can be bought outright for $400. The online portion of the auction closes at 11 p.m. on Friday, January 24. Any jerseys not bought outright will continue on to a silent auction during Saturday’s game with the highest bidder online carrying forward. The silent auction will close at the five-minute mark of the third period.

All of the proceeds are donated to @kidneycanada.

The night also features a Hockey Night In Canada Bobblehead depicting Don Cherry and Ron MacLean to celebrate their 34 years of partnership on the broadcast. When fans enter the building, they will receive a scratch card for a chance to win one of 1,000 bobbleheads.

Both of this weekend’s games begin at 7 p.m. Tickets are available at the Raiders Office and online here.