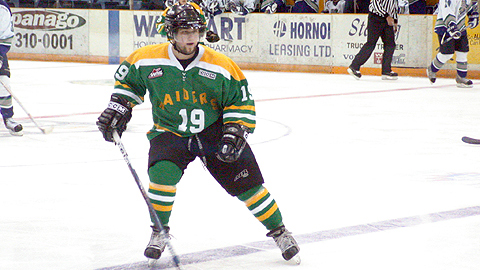 It also started a stretch of three consecutive hat tricks for the Nakusp, BC product and four three-goal nights in six games. Over that three game span, Leonard posted nine goals and four assists.

Leonard opened the scoring in the Sunday showdown with the Wheat Kings with 1:39 left in the first period. He also netted the game-winning goal 1:57 into the third period. He rounded out the hat trick at the 9:18 mark, which was his 14th goal of the season. 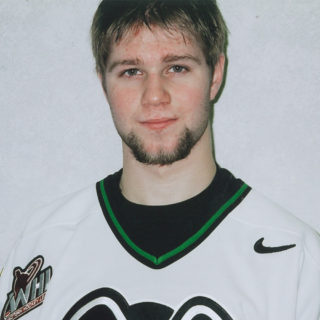 The 2003-04 season was the best of Leonard’s WHL career. While playing in all 72 games, the winger scored 50 goals and added 40 assists for 90 points. He is the last Raider to reach the 50-goal plateau in a season.

Leonard played 166 games for the Raiders, finishing with 91 goals and 92 assists with the Green and Gold. In his entire career split between the Raiders and the Kelowna Rockets, he dressed in 299 career games. He scored a total of 119 goals and added 125 assists.

After his time in the WHL, Leonard spent two seasons in the ECHL with the Victoria Salmon Kings. From there, he played three seasons in the Central Hockey League – two with the Colorado Eagles and one with the New Mexico Scorpions. He ended his career playing in France in Neuilly-sur-Marne.