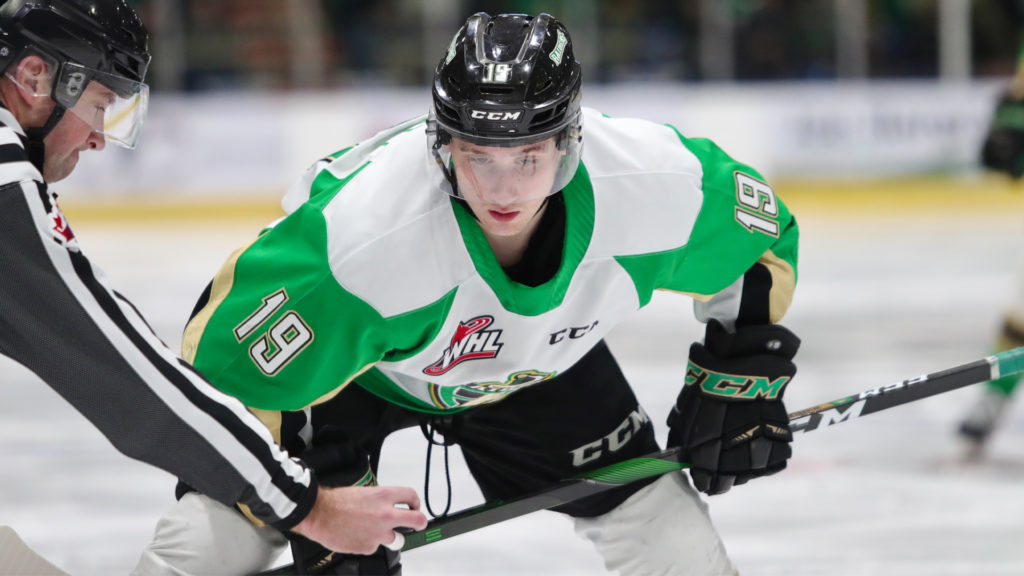 The loan is part of the WHL’s temporary transfer policy to open the 2020-21 season. The policy granted WHL roster players permission to “continue their development by playing competitive hockey at the Junior A, Junior B, and Under-18 levels,” according to a release issued by the league.

Wiesblatt, a Calgary, AB product, played in all 64 games with the Raiders last season. He set new career highs with 25 goals and 45 assists for 70 points. The forward was named the First Star in the Raiders’ Three Stars Award Presented By Redhead Equipment at the end of the year.

On Oct. 6, Wiesblatt was selected 31st overall by the San Jose Sharks in the 2020 NHL Draft and signed an entry-level contract with the Sharks 10 days later.