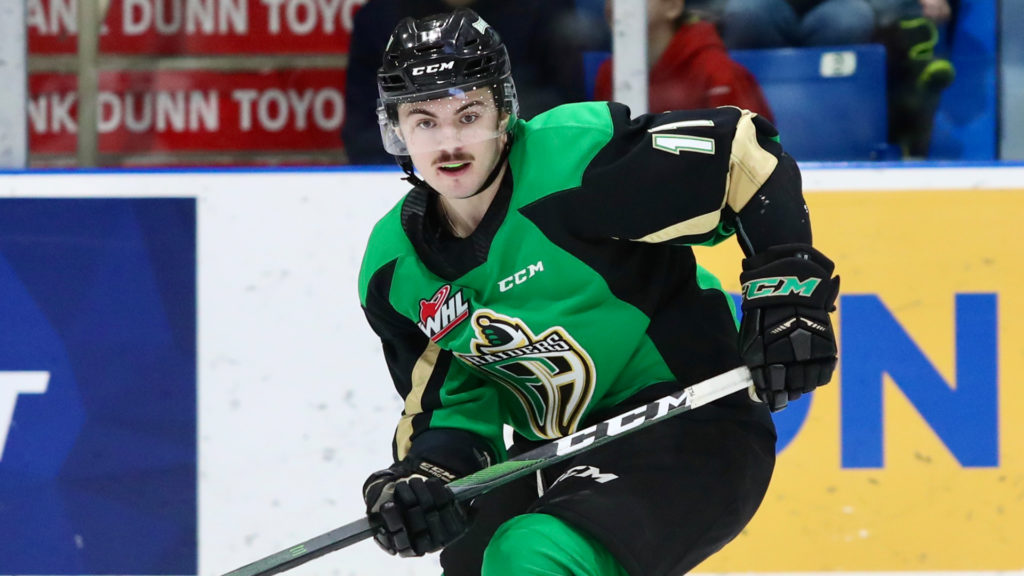 The loan is part of the WHL’s temporary transfer policy to begin the 2020-21 season. The policy granted WHL roster players permission to “continue their development by playing competitive hockey at the Junior A, Junior B and Under-18 levels,” according to a WHL press release.

Moe, a Calgary, AB product, dressed in all 64 games for the Raiders last season and set new career highs in goals (19), assists (32), points (41), and power-play goals (3). For his play last season, he earned the Ches Leach Award as the Raiders’ Most Improved Player Presented By Great Western Brewing.

Moe has played four seasons with the Raiders after being selected in the second round of the 2015 WHL Bantam Draft. In his 264-game WHL career, he has scored 43 goals and added 77 assists.

The Eagles open the 2020-21 regular season with a home-and-home series with the Druheller Dragons, beginning on Friday night at the Canmore Recreation Centre.

The Raiders have joined with the four other Saskatchewan-based WHL teams to launch the Hockey Harvest Lottery Presented By Great Western Brewing. The 50/50 jackpot starts at $75,000. Tickets go on sale on Monday, November 16. The early-bird deadline is Friday, November 27. For more information, click here.