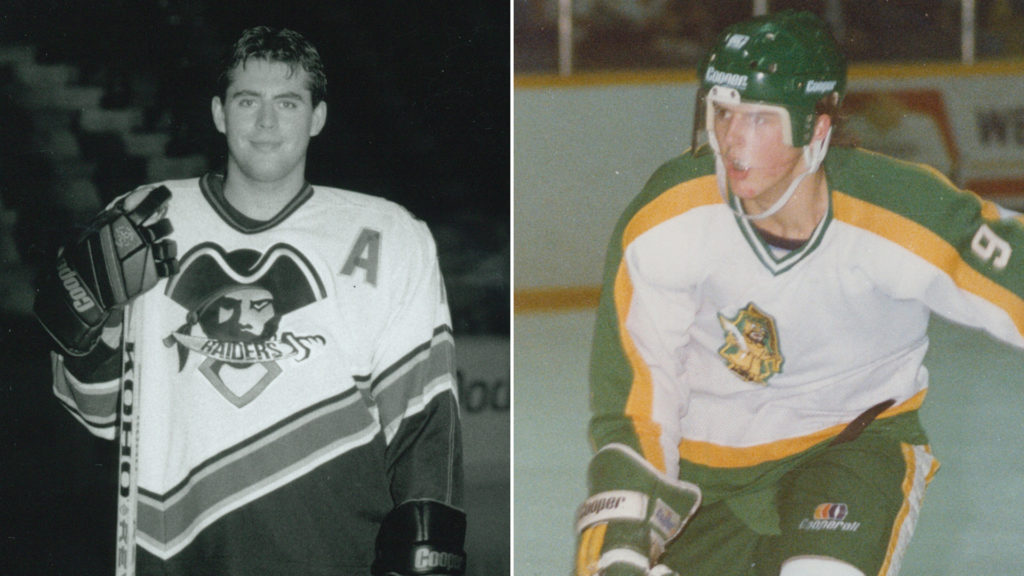 The Prince Albert Raiders have had two players selected first overall in the NHL Draft – Mike Modano and Chris Phillips.

To this day, the Raiders are the only team in the modern era of the WHL to have two players selected first overall int he NHL Draft.

Modano spent 20 seasons with the Minnesota/Dallas organization, helping the relocated Stars win the Stanley Cup in 1999. He spent the final year of his career with his hometown Detroit Red Wings. In total, Modano suited up for 1,499 games in the NHL and posted 1,374 points (561 goals, 813 assists). He retired as the NHL’s all-time leader in goals and points among American-born players.

On June 22, 1996, Phillips was taken first overall by the Ottawa Senators. Hailing from Calgary, AB, Phillips spent a season and a half with the Raiders from 1995 to 1997. In 93 games in Hockey Town North, Phillips had 13 goals and 53 assists. He won the Jim Piggott Memorial Trophy as the WHL’s Rookie of the Year for the 1995-96 season. The next season, he was named the WHL’s Top Defenceman when he won the Bill Hunter Memorial Trophy. He was also a two-time gold medallist at the World Junior Championships.

Phillips stayed with the Senators for his entire 18-year NHL career, suiting up in 1,179 career regular season gmaes. He scored 71 goals and notched 217 assists during his career. In the Stanley Cup Playoffs, he played in 103 games over 12 postseason runs and helped Ottawa reach the 2007 Stanley Cup Final.