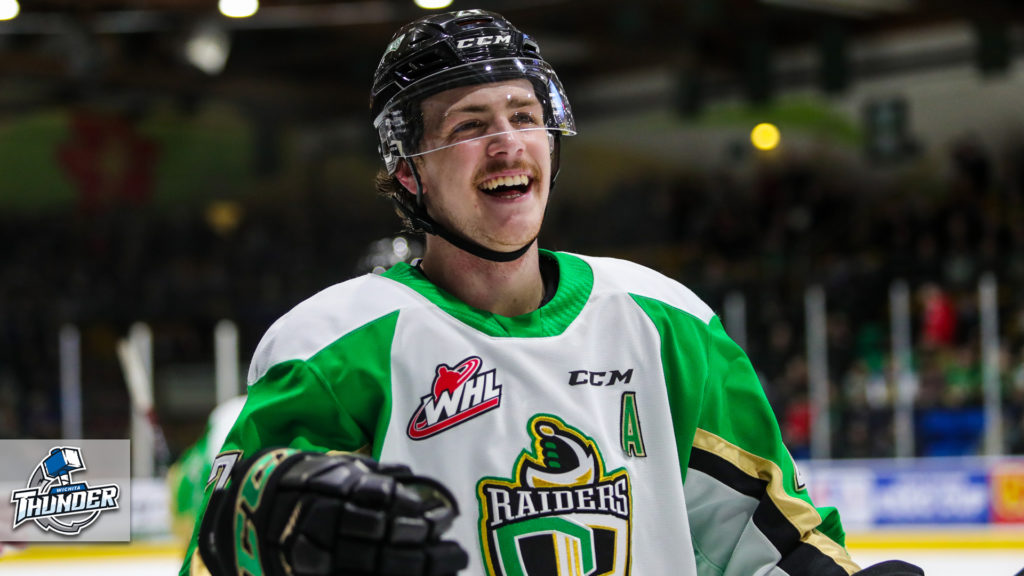 Prince Albert, SK – Prince Albert Raiders alumnus Brayden Watts has signed a contract for the 2020-21 season with the Wichita Thunder of the ECHL.

The Thunder are the ECHL affiliate of the Edmonton Oilers and the AHL’s Bakersfield Condors.

Watts, who hails from Bakersfield, CA, spent his 20-year-old season with the Raiders, posting career highs in goals (29) and assists (32) in 61 games. He shared the Raiders’ Best Defensive Forward Award Presented By CTV.

A veteran of 315 career regular season games, Watts was drafted in the third round of the 2014 WHL Bantam Draft by the Moose Jaw Warriors. Over his career, he compiled 68 goals and 93 assists while suiting up for the Warriors, Raiders, and Vancouver Giants.

Watts helped the Giants reach the 2019 WHL Championship Series against the Raiders, falling in seven games. He had seven goals and three assists in 22 games during the Giants’ playoff run.

The Thunder are scheduled to open the ECHL season on Friday, December 11 against the Tulsa Oilers.

🚨 PLAYER SIGNING: We’ve signed forward Brayden Watts (@brayden_watts29) for the 20-21 season. He turns pro after five years in @TheWHL, most recently with @PARaidersHockey.