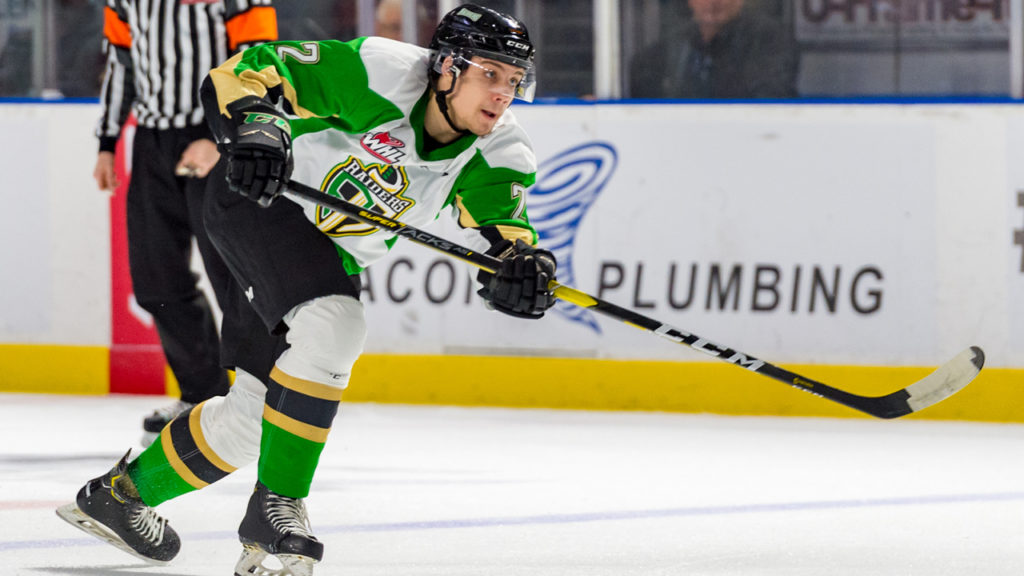 The loan is part of the WHL’s temporary transfer policy to open the 2020-21 regular season. The policy granted WHL roster players permission to “continue their development by playing competitive hockey at the Junior A, Junior B, and Under-18 levels,” according to a release issued by the WHL.

Allan, who hails from Davidson, played in 58 games with the Raiders in his rookie season in the WHL. He scored twice and added six assits while registering a plus-16 rating.

The blueliner suited up in five games for Canada Red at the 2019 World Under-17 Hockey Challenge. He had an assist and two penalty minutes in the tournament. He was also named to Hockey Canada’s National Men’s Summer Under-18 selection camp for the 2020 Hlinka Gretzky Cup. The tournament was cancelled due to the COVID-19 pandemic.

Earlier this week, Allan was named to NHL Central Scouting’s Preliminary Players to Watch List for the 2021 NHL Draft. He earned a “B” rating, which indicates a second-or-third-round candidate for the NHL Draft.

La Ronge concludes its exhibition schedule on Saturday night in Flin Flon against the Bombers. The Ice Wolves open the 2020-21 SJHL season with a home-and-home series with the Nipawin Hawks beginning on Friday, November 6 in La Ronge at the Mel Hegland Uniplex.