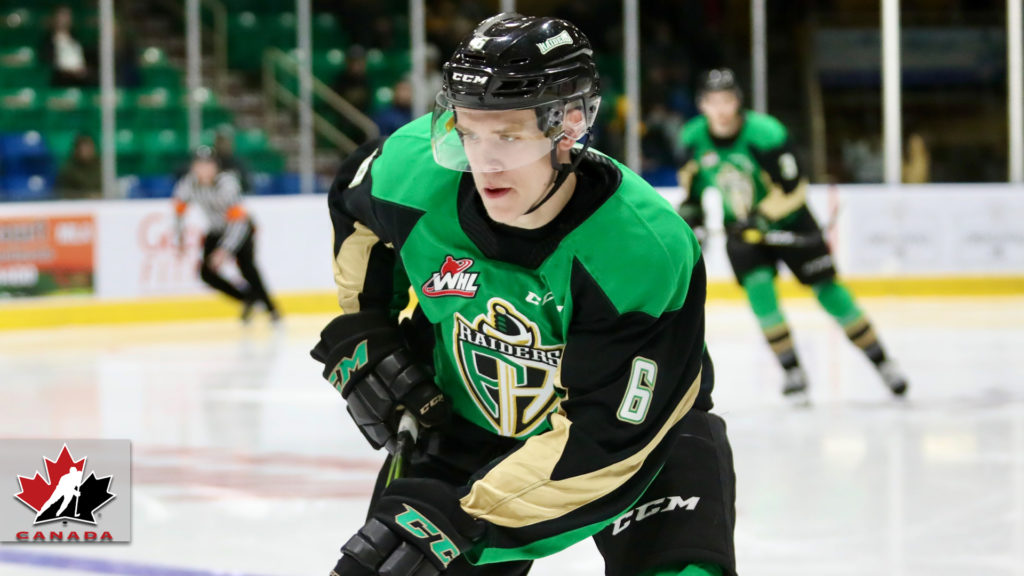 Guhle is one of 46 players invited to the camp, which will run from November 16 to December 13 in Red Deer, AB. The selection camp will include practices and three intrasquad games, as well as games against a team of USports All-Stars. According to Hockey Canada’s release, the camp will take place in a cohort bubble and will be closed to the public and media.

The Montreal Canadiens prospect has represented Canada multiple times. He captained Canada red at the 2018 World Under-17 Hockey Challenge, registering three assists in six games. He served as an alternate captain at the 2019 Hlinka Gretzky Cup, picking up an assist in five games.

“We know our athletes are excited for the opportunity to defend gold on home ice this year, and we expect a highly competitive selection camp with a number of difficult decisions to be made when it comes time to select the players who will wear the Maple Leaf in Edmonton in December,” said Hockey Canada Senior Vice-President of National Teams Scott Salmond in a press release.

Related Links
Full Roster Hockey Canada Press Release 2021 IIHF World Junior Hockey Championship Website
The invitation caps off an impressive month for the blueliner. At the beginning of the month, Guhle was selected 16th overall by the Canadiens in the 2020 NHL Draft. Last week, he signed an entry-level contract with Montreal.

Guhle is coming off his second season in the WHL. He registered career highs in goals (11) and assists (29) in 64 games, while also posting a plus-23 rating. He shared the Jim Neilson Award as the Raiders’ Most Valuable Defenceman Presented By North Stars Signs.

In his rookie season, Guhle missed just three games during the regular season and played in all 23 WHL Playoffs games en route to winning the 2019 WHL Championship.

The 2021 IIHF World Junior Championship will take place in Edmonton, AB from December 25 to January 5. Canada opens its gold-medal defence on Boxing Day against Germany at 5 p.m. CT.