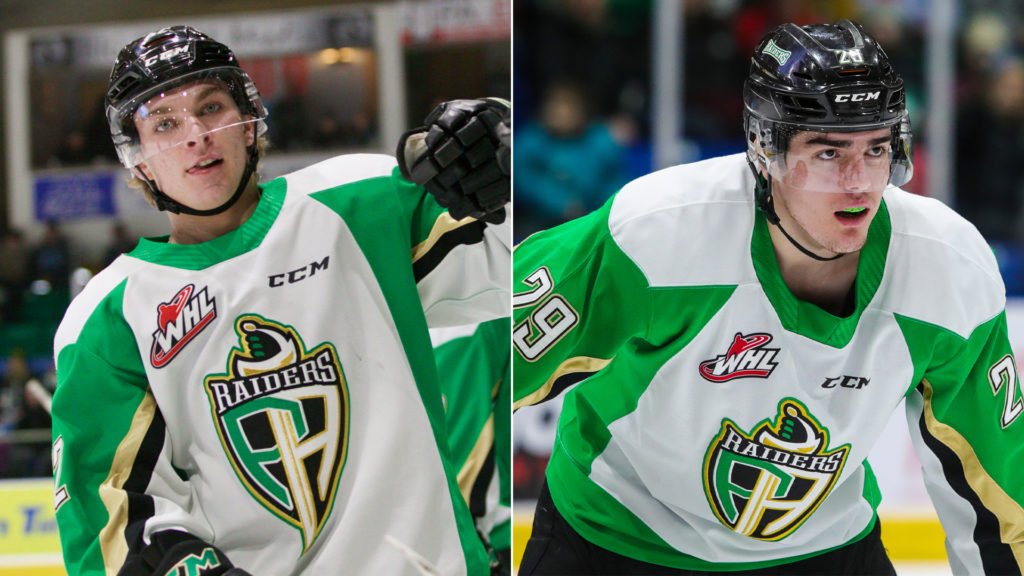 The loan expires on December 20, 2020 as both players will return to the Raiders as part of the WHL’s temporary transfer policy prior to the start of the 2020-21 season. The policy granted WHL roster players permission “to contunue their development by playing competitive hockey at the Junior A, Junior B, and Under-18 levels,” according to a release issued by the WHL.

Herman, who hails from The Pas, MB, played his first season in the WHL last year. In 59 games, Herman scored nine golas and added 13 assists and earned the Best Conditioned Raider Presented By Investors Group Award.

Nachbaur, a product of Cross Lake, MB, completed his third season with the Raiders. He scored eight goals and set a new career high with 15 assists while playing in all 64 games. In his WHL career, the forward has 36 goals and 38 assists in 194 games played.