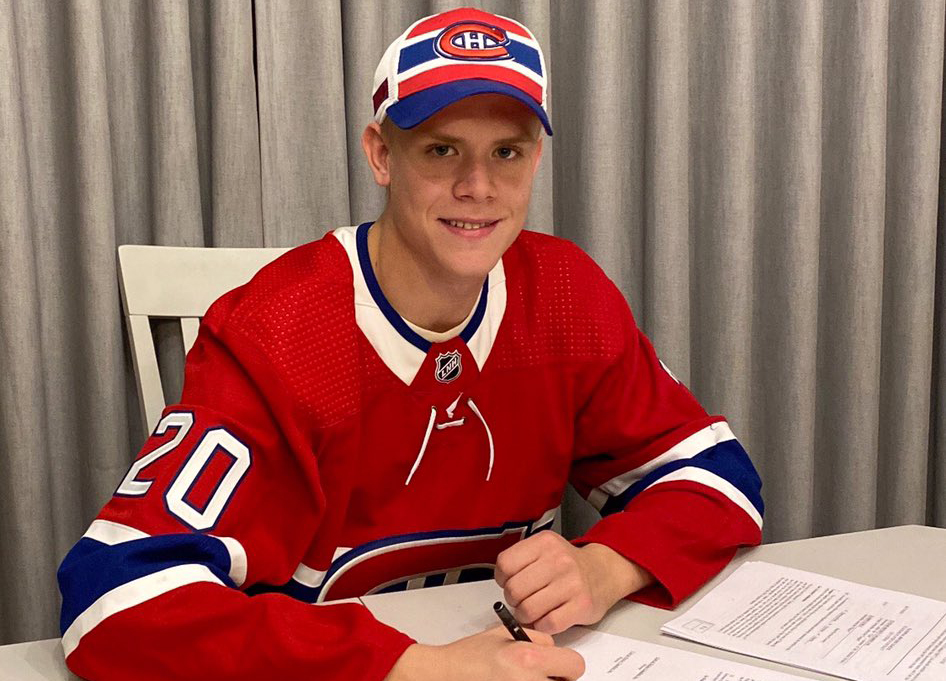 Guhle was chosen 16th overall by the Canadiens in the 2020 NHL Draft two weeks ago.

The Sherwood Park, AB product increased all of his offensive numbers while playing more minutes during his sophomore season in the WHL. The blueliner scored 11 goals and added 29 assists while skating in all 64 games played during the 2019-20 campaign.

Combined with his defensive play during the season that saw him set a new career-high mark in the plus-minus category with a plus-23 rating, Guhle was named the co-recipient of the Jim Neilson Award as the Raiders’ Most Valuable Defenceman Presented By North Star Signs. He was also named the Third Star of the 2019-20 season in the Three Stars Award Presented by Redhead Equipment.

Related Links
Montreal Canadiens Press Release
In his WHL career, Guhle has 14 goals and 44 assists in 137 games played. He also suited up in all 23 games and registered three assists in the Raiders’ run to winning the 2019 WHL Championship.

Guhle joins teammate Ozzy Wiesblatt in signing an entry-level contract following the NHL Draft. Wiesblatt signed his deal with the Sharks on Friday.

The 2020-21 WHL season will begin on Friday, January 8, 2021 as announced by the WHL’s Board of Governors earlier this week. For more information, click here.

With the 16th-overall pick, the Montreal Canadiens are proud to select: Kaiden Guhle!#GoHabsGo | @RONAinc pic.twitter.com/rQQsYHdNIl