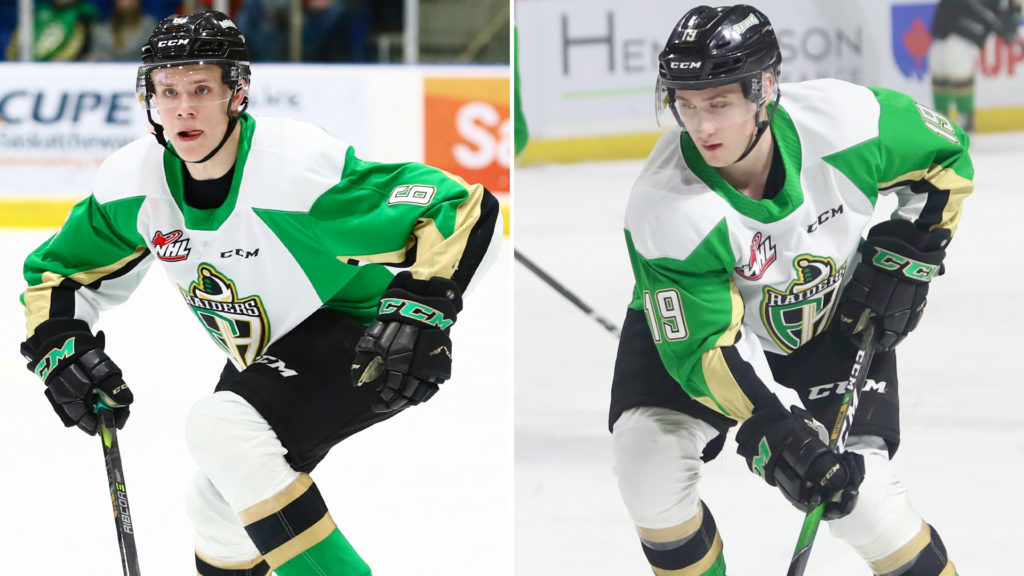 On Oct. 6, 2020 at the 2020 NHL Draft, Kaiden Guhle and Ozzy Wiesblatt joined an exclusive group of Prince Albert Raiders alumni.

Kaiden Guhle and Ozzy Wiesblatt became the 18th and 19th Raiders to be selected in the first round of the NHL Draft, respectively. Guhle was chosen 16th overall by the Montreal Canadiens, while the San Jose Sharks picked Wiesblatt with the 31st overall pick. Their names can now be grouped with the Raiders who have been picked in the first round. Here is that list:

Related Links
Guhle, Wiesblatt Selected in First Round of 2020 NHL Draft Raiders NHL Draft History
With the selection of Guhle and Wiesblatt, it marked the 10th consecutive year that a member of the Raiders had been picked in the NHL Draft. In that 10-year span, 15 Raiders heard their names called during the draft.

Also, Guhle and Wiesblatt were the first Raiders to be drafted 16th overall and 31st overall, respectively.