Raiders Down Warriors in Moose Jaw 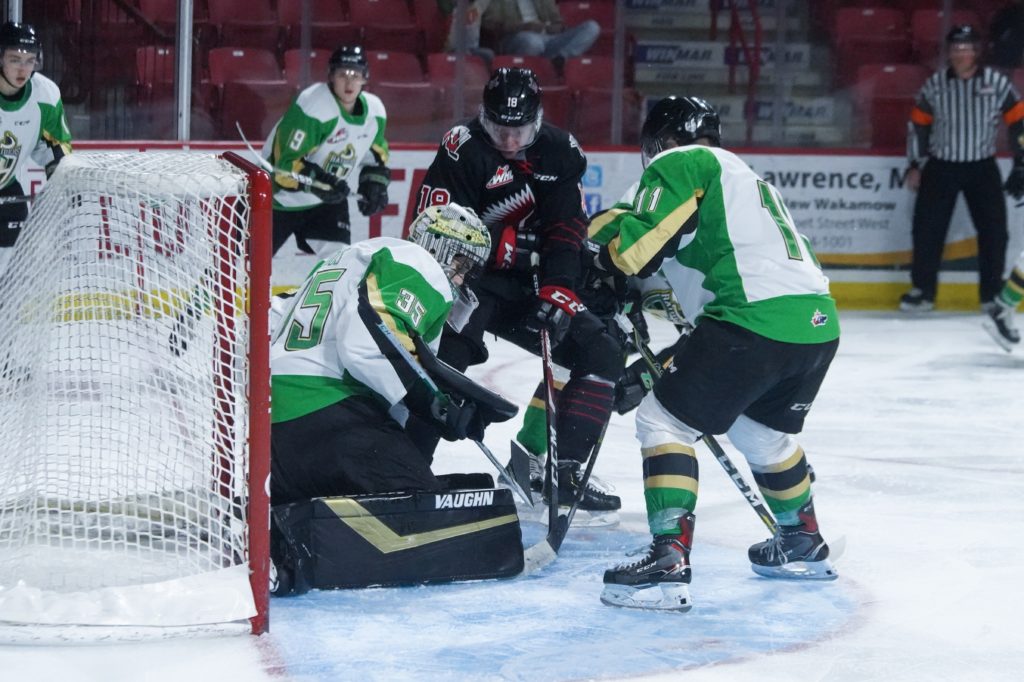 Justin Nachbaur had an assist on all three goals for the Raiders. Evan Herman and Ilya Usau each had a goal and an assist in the win.

Ozzy Wiesblatt struck first for the Raiders at the 7:16 mark of the opening period. With the Raiders killing off a five-on-three, Nachbaur sprung Wiesblatt on a breakaway. The Calgary, AB product converted on his chance for his third goal of the exhibition schedule.

With 5:27 to go in the first, the Warriors tied the game. Drae Gardiner got his first goal of the WHL Pre-season to level the score.

About 90 seconds later, the Raiders regained their lead. Usau recorded his first goal of the pre-season to put the Raiders up 2-1 after the first period.

That score held until late in the second period. Herman jumped into the play and finished off an odd-man rush with Nachbaur to give the Raiders a 3-1 advantage with 2:18 to play in the second.

The Warriors cut back into the lead 5:23 into the third. Carson Denomie solved goaltender Boston Bilous, making it a 3-2 game for the Raiders.

Bilous kept everything else out for the rest of the game, finishing with 24 saves to pick up his second win of the WHL Pre-season. Jackson Berry stopped 29 shots in the loss for the Warriors.

The Raiders close out their WHL Pre-season schedule next weekend with a home-and-home series against the Regina Pats beginning on Friday night at the Brandt Centre. On Saturday, the two teams meet again at the Art Hauser Centre in their pre-season finale. The opening faceoff is 7 p.m. Tickets are $10 for adults and students and $5 for children 12 and under.