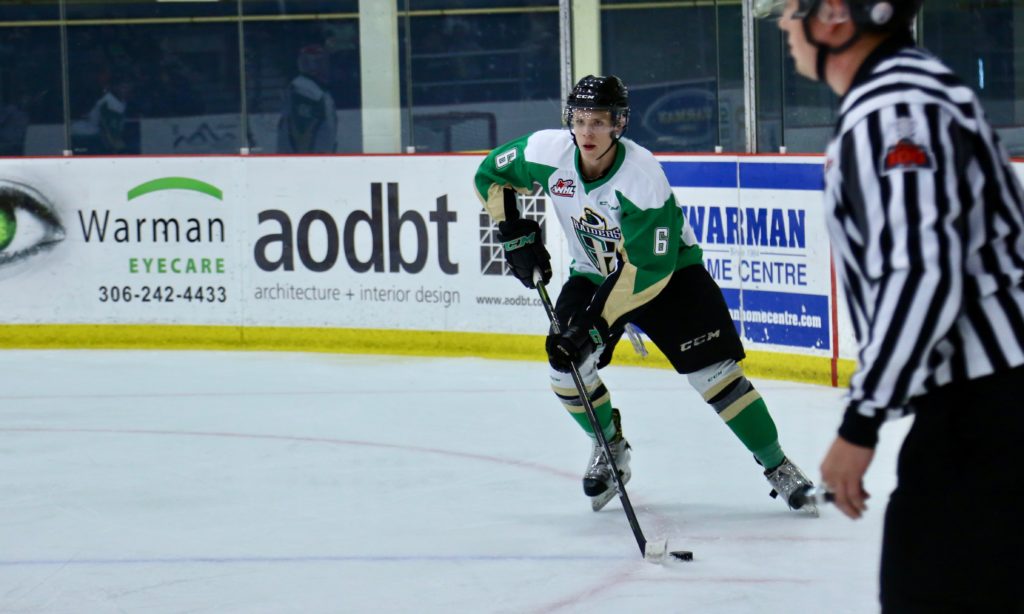 RAIDER REVIEW: The Raiders play their first road game of the WHL Pre-season tonight when they battle the Saskatoon Blades in Warman at The Legends Centre. On Wednesday night, the Raiders won their exhibition opener 4-2 over the Moose Jaw Warriors at the Art Hauser Centre. Evan Herman scored twice, while Braydon Clark and Ozzy Wiesblatt added goals. Boston Bilous made 29 saves to pick up the win in his pre-season debut.

MARATHON MASELLA: Defenceman Jeremy Masella was one of two players to dress in all 68 regular season games and 23 WHL Playoffs games last season. In the Raiders’ first game of the WHL Pre-season on Wednesday, the blueliner from Phoenix, AZ had an assist and carried a plus-three rating.

NEXT UP: The Raiders head to Moose Jaw tomorrow night to take on the Warriors. Game time is 7 p.m. The next Raiders’ home game in the pre-season is on Saturday, Sept. 14 against the Regina Pats. Puck drop is 7 p.m. The Raiders open the 2019-20 WHL Regular Season on Friday, September 20 when they take on the Saskatoon Blades where the team will raise the 2019 WHL Championship banner prior to the game. Single-game tickets are now on sale. Click here to purchase tickets online.