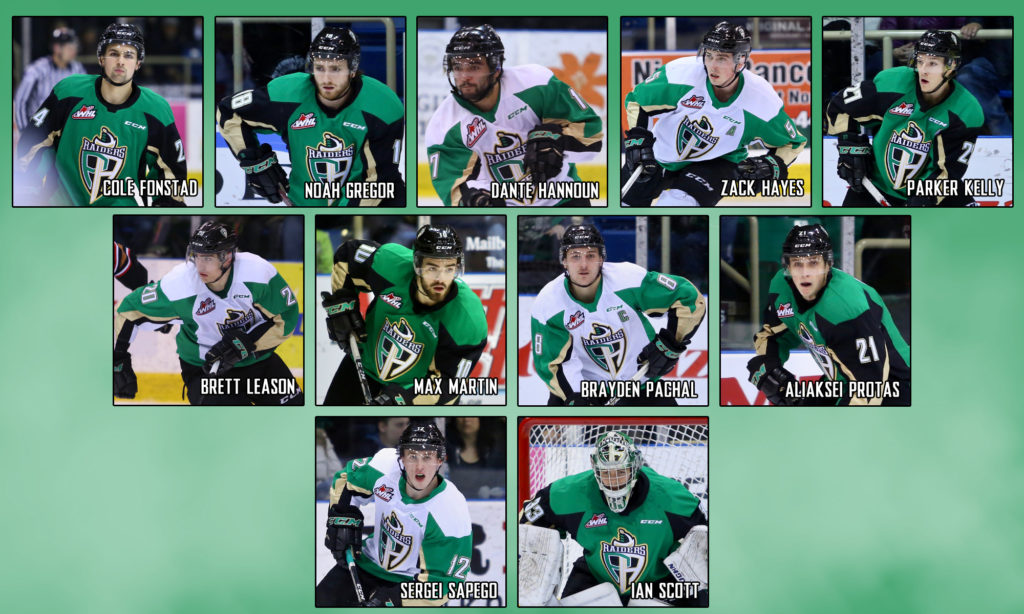 Prince Albert, SK – Eleven members of the 2019 WHL Champion Prince Albert Raiders will be taking part in NHL camps and tournaments beginning this weekend, including nine players eligible to return for the 2019-20 season.

Two graduates from the Raiders and the WHL last season are also taking part in NHL camps. Dante Hannoun will suit up with the Bruins at their rookie tournament while Noah Gregor will play for the San Jose Sharks at the Anaheim Rookie Faceoff against Hayes and Pachal.

The Raiders’ next WHL Pre-season contest is in Warman on Friday night against the Saskatoon Blades (1-0-1-0) at The Legends Centre. Puck drop is 7 p.m.

The Raiders return to the Art Hauser Centre to wrap up their WHL Pre-season schedule on Saturday, September 14 to take on the Regina Pats. Game time is 7 p.m.

Twenty-eight players to participate in the Canadiens' 2019 rookie camp.

Making our first trip to the Traverse City Prospects Tournament.

See the full @MapleLeafs roster for the eight-team tournament.