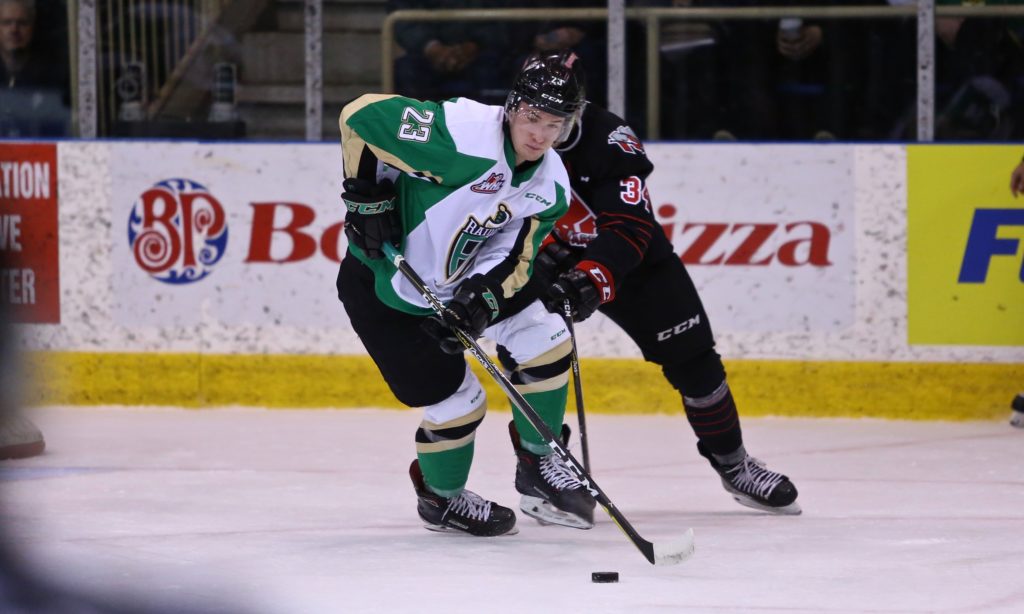 NEW SEASON: The Raiders begin their 2019 WHL Pre-season schedule tonight as they host the Moose Jaw Warriors (1-2-0-0) at the Art Hauser Centre. Last season, the Raiders finished the WHL Pre-season with a 2-2-0-1 record with victories over the Regina Pats and the Saskatoon Blades. Brett Leason, Spencer Moe, and Justin Nachbaur tied for the team lead in points with seven over the five-game exhibition schedule.

TICKET INFORMATION: Tickets to tonight’s WHL Pre-season game are $10 for adults and students, and $5 for children 12 and under. Season ticket holders have a ticket included in their package.

NEXT UP: The Raiders hit the road for the first time in the WHL Pre-season when they head to Warman to battle the Saskatoon Blades at The Legends Centre. Game time is 7 p.m. The next Raiders’ home game in the pre-season is on Saturday, Sept. 14 against the Regina Pats. Puck drop is 7 p.m. The Raiders open the 2019-20 WHL Regular Season on Friday, September 20 when they take on the Saskatoon Blades where the team will raise the 2019 WHL Championship banner prior to the game.