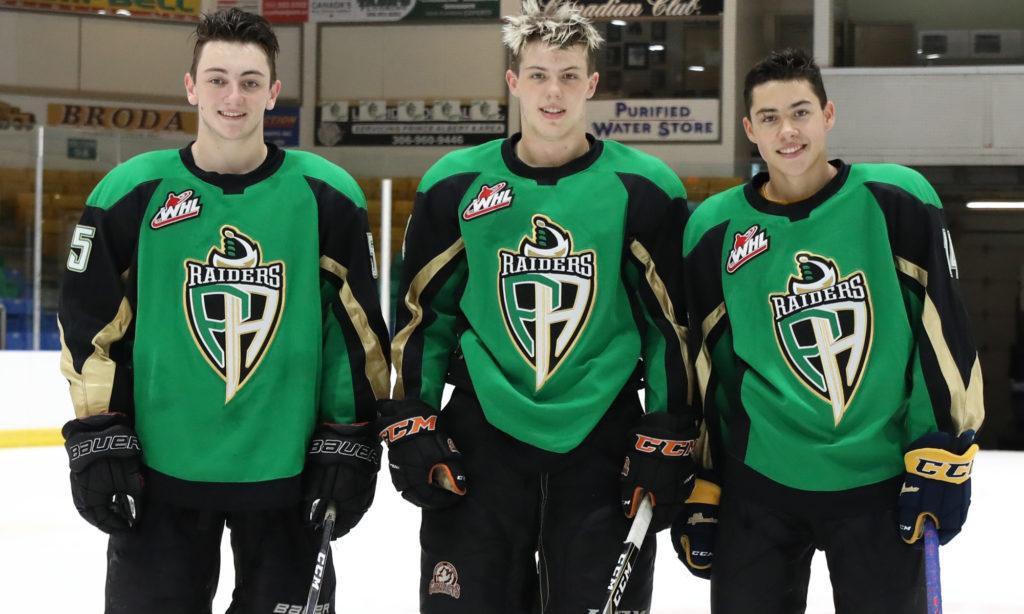 Kosior, a Regina, SK product, has suited up for the Tisdale Trojans of the Saskatchewan Midget AAA Hockey League (SMHL) for the past two seasons. In a career total of 85 games, the right-shot blueliner posted 13 goals and 59 assists. During the 2018-19 year, he led all SMHL defenceman in scoring with 52 points.

“I’m a two-way defenceman,” noted Kosior. “I like to jump in the rush a lot and I can make a good first pass. I have a high hockey IQ and I’m smart with the puck.”

The 6’0, 190-lb rearguard helped the Trojans reach the Telus Cup last season, earning a bronze medal at the national tournament. He also was named the tournament’s top defenceman.

Kosior was named to the SMHL’s First All-Star team for his strong season. He also earned the Adam Herold Memorial Award, which is presented to the league’s best defensive defenceman for leadership qualities and the ability to motivate others.

“(The awards) showed off all my hard work,” Kosior said. “I had my teammates helping me. It was a great year and it’s all paying off now.”

Linklater, who hails from Kindersley, SK, was drafted in the sixth round of the 2018 WHL Bantam Draft by the Raiders.

“It’s what you work for as a kid,” Linklater said about signing. “All the hard work pays off when you sign that contract, but there’s a lot more to come. I’m excited and I’ve just got to keep going.”

Last season, Linklater had 14 goals and 18 assists in 39 games played for the Swift Current Legionnaires of the SMHL. He also had four goals in six games for Team Saskatchewan at the 2019 Canada Winter Games.

“I think I play fast and skilled. I’m kind of skill-finesse guy. That’s what the coaches like to say. I just like to play with speed and have fun with the game and be creative.”

Linklater was in his second camp with the Raiders. One of the takeaways from last year was to improve his skating. He put in the work by doing extra skating drills after practice.

“They addressed that last year about what the biggest problem was and it was my skating, just catching up to the speed and getting used to how fast this game really is,” explained Linklater. “So I took that and worked on my skating and my speed and that was key.”

McNutt, from Saskatoon, SK, was selected in the fourth round of the 2018 WHL Bantam Draft by the Raiders.

“It’s an extreme honour signing with the previous WHL champions. I’m excited,” he said. “I’ve been waiting for it for a bit, but I’m happy to finally get it done.”

The blueliner suited up in 41 games for the Saskatoon Contacts (SMHL) last season, scoring three goals and adding 12 assists with 58 penalty minutes.

Like Linklater, one of the areas he needed to improve upon from last camp was his footspeed. He switched gyms and added more running to his training to reach his goals.

“I feel last year I was a bit slower. I got my foot speed up this year and played a bit more physical with the big guys. I feel that helped out.”

The Raiders open the 2019 WHL Pre-season on Wednesday night when the Moose Jaw Warriors head to the Art Hauser Centre. Game time is 7 p.m. Tickets are $10 for adults and students, and $5 for children 12 and under.

The 2019-20 Home Opener is Friday, September 20 when the Saskatoon Blades visit the Art Hauser Centre. Puck drop is 7 p.m. Single-game tickets are available for purchase as of tomorrow morning. For more information on single-game tickets, click here.