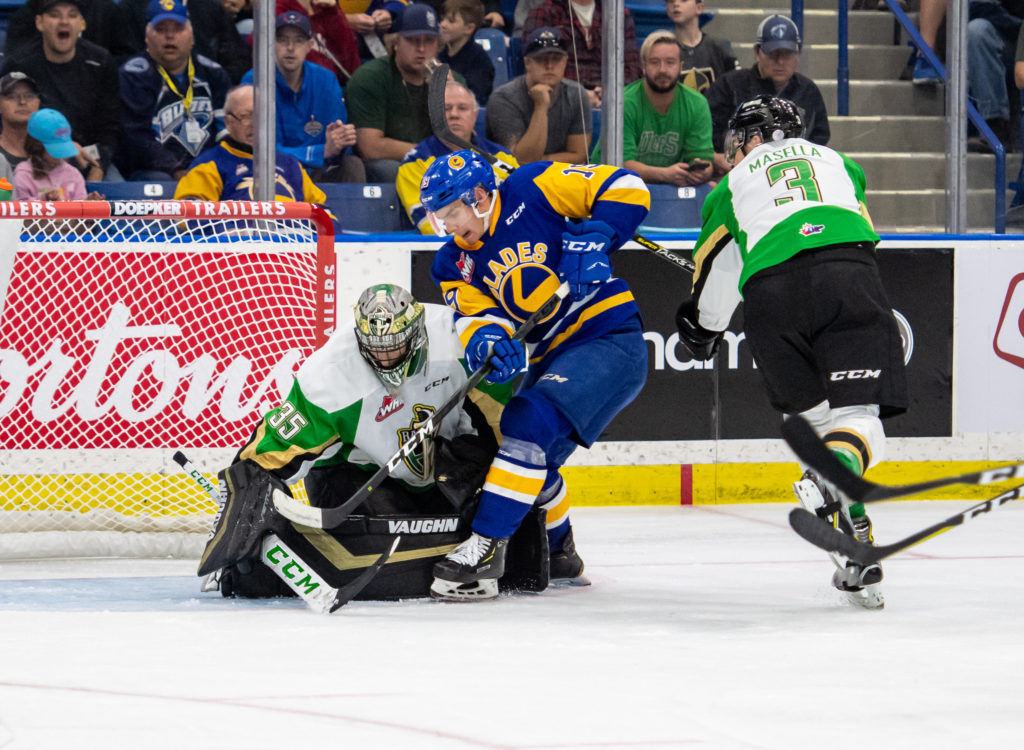 The shutout was Bilous’ second of his career and first since being acquired by the Raiders at the 2019 WHL Trade Deadline.

That’s game! @cole_fonstad nets the lone goal and @BilousBoston picks up the shutout!

The Langley, BC product was strong all night and made a number of key saves throughout the game. He turned aside two chances from Chase Wouters and Riley McKay midway through the second. He also denied McKay on breakaways in the second and third period respectively.

That set the stage for Fonstad’s goal with 7:58 to play. Washington Capitals prospect Aliaksei Protas gained the zone and dropped a pass for Fonstad. The Montreal Canadiens snapped a shot past Nolan Maier from the left faceoff circle for his first of the season.

SCORES! @cole_fonstad breaks the deadlock with 7:58 to play!

The line of Fonstad, Protas, and Ozzy Wiesblatt generated chances all night for the Raiders, including quality wrap-around opportunities by Fonstad and Wiesblatt after breaking the deadlock.

Bilous kept the Blades at bay for the remainder of the game. Late in the third, the Raiders killed off a Blades’ power play to wrap up the game and collect their first win of the season.

At the other end, Maier stopped 25 of 26 shots for the Blades.

The Raiders are off until Friday night when they head to Regina to take on the Pats (1-1-0-0) at the Brandt Centre. Game time is 7 p.m.

The next Raiders’ home game is on Saturday, September 28 against the Winnipeg ICE (1-1-0-0). Puck drop is 7 p.m. Tickets are available at the Raiders Office and online here.