Raiders Fall in Overtime to Blades 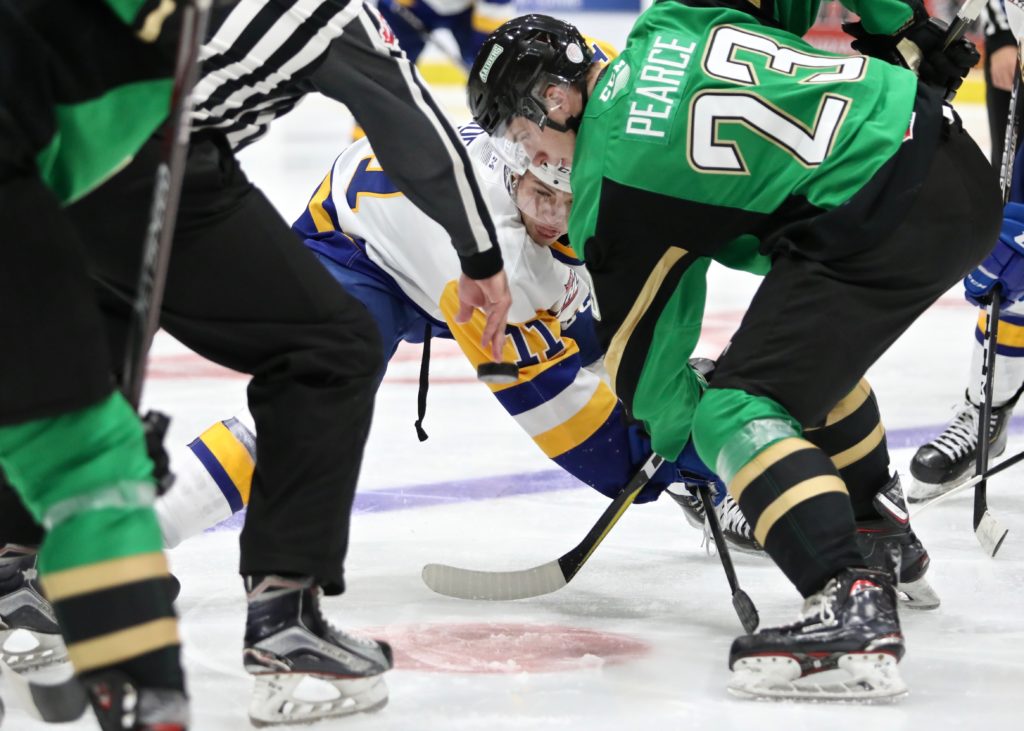 Ryan Hughes scored 17 seconds into the extra frame to give the visitors the win in both team’s season openers.

After a ceremony that honoured the Raiders’ 2019 WHL Champions, the two teams played a physical first period that did not result in any goals.

As the @PARaidersHockey opened defence of their #WHLChampionship Friday, they raised four banners to the rafters at the Art Hauser Centre. #WHLOpeningWeek pic.twitter.com/Q897ZUCFgf

In the second, Aliaksei Protas got the game’s first goal 4:25 into the frame. Off of a faceoff in the offensive zone, the Washington Capitals prospect fired a shot from the slot that got past Blades netminder Nolan Maier.

At the 6:48 mark of the second, the Blades tied it up on the power play. Tristen Robins finished off a one-timer to make it a 1-1 game.

Before the end of the period, the Raiders regained the lead. Landon Kosior took a drop pass from Justin Nachbaur and found a lane on goal. The rookie from Regina snapped a shot over Maier’s blocker for his first career WHL goal, putting the Raiders ahead 2-1 after 40 minutes.

Midway through the third, the Blades tied it again. Scott Walford’s shot from the point gave the Blades their second power-play goal of the game, making it 2-2 after regulation.

Then, in overtime, Hughes streaked down the left wing and snapped a shot past Boston Bilous to end the contest 17 seconds into overtime.

Bilous finished the game with 15 saves in the loss. Maier stopped 18 shots in the win for the Blades.

The two teams meet again on Saturday night as the home-and-home series shifts to SaskTel Centre. Game time is 7 p.m.

The next Raiders’ home game is on Saturday, September 28 against the Winnipeg ICE. Puck drop is 7 p.m. Tickets are available at the Raiders Office and online here.