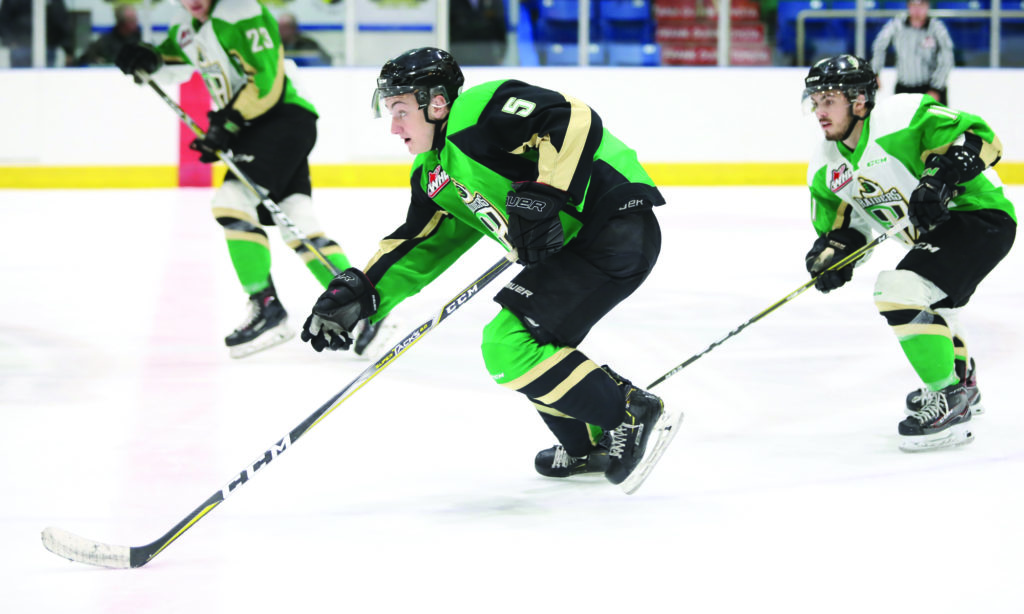 For White, Tyson Laventure, Tyler Ostrander, and Eric Pearce found the back of the net.

In goal for Green, Max Hildebrand and Liam Vanderkooi teamed up to stop 28 of 31 shots in the game. Between the pipes for White, Carter Serhyenko and Owen Savoie combined to make 34 saves on 39 attempts.

The Raiders now turn their attention to the WHL Pre-season schedule, which begins on Wednesday night when they host the Moose Jaw Warriors. Puck drop is 7 p.m. Tickets are $10 for adults and students, and $5 for children 12 and under.

On Friday, September 20, the Raiders start the 2019-20 regular season when they host their Home Opener against the Saskatoon Blades. Game time is 7 p.m. Single-game tickets are available on Wednesday morning. For more information on single-game tickets, click here.

With the conclusion of Training Camp, the Raiders re-assigned the following players: